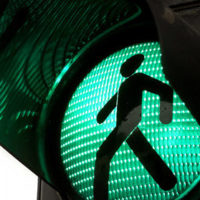 A senior at Ed White Military Academy of Leadership was struck and killed crossing Normandy Boulevard on the morning of April 29th on her way to school. The driver said that the young woman walked into the path of his car, but stayed on the scene until police arrived. She was only 18 years old.

At the time of the accident, the woman was the 15th pedestrian killed in Jacksonville in 2018.

In a Pedestrian Accident Lawsuit, Who is Liable?

While Florida is a no-fault state concerning car accidents, motor vehicle and pedestrian accidents are treated the same way any personal injury lawsuit is treated. This entails determining who was at fault. The central question is negligence. If the pedestrian did something crazy like ran out into a crowded street, they may not be able to recover any damages in a lawsuit.

Sometimes, it can be shown that both the pedestrian and the driver were partially at fault. For instance, a pedestrian who did not look both ways is struck by a driver who is texting. In this case, a pedestrian may be assigned some of the blame for carelessly crossing the street, but the driver would also be at fault for not paying attention to the road. This is known as comparative fault or comparative negligence.

As a simple example, let’s say that a person crossing the street who did not look both ways is struck by a texting driver, and this results in $40,000 worth of damages. If the driver is held 80% responsible for the accident, then the driver would be on the hook for 80% of $40,000.

Who was Responsible for the Woman’s Death?

In all likelihood, we will never know the answer to that question. The only account that survived the accident belonged to the driver who struck the student. If there were witnesses to the accident who could testify that the driver was texting while driving then that could open up the family to file a wrongful death suit against the driver.

However, Florida law is unreasonably strict on who is allowed to bring a wrongful death claim against a negligent party. On the surface, this may seem like a way to weed out frivolous lawsuits, but in many cases, it prohibits grieving family members from holding those responsible for a loved one’s death accountable.

In this case, the woman’s parents could file a wrongful death lawsuit against the driver, but they probably lack the evidence they would need to prove negligence.

In some cases, the city itself could be held liable for a wrongful death suit, if an easy remedy or solution would have prevented a needless death. For instance, if the intersection was dangerous, the city knew that, and deaths occurred as a result of them not doing anything about it. Cases like those, however, are rarely successful.

We Can Help You Today

If you’ve been hit by a car, then you may be entitled to damages. Jacksonville’s Gillette Law holds careless drivers responsible for serious injuries. Give us a call or contact us over the web, and we’ll begin discussing your case immediately.