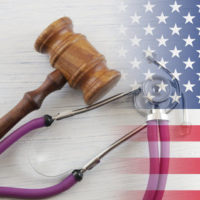 Imagine going to the hospital anticipating nothing but joy with the birth of your child, but instead being subjected to a life altering injury. For one woman, this was a reality. Fourteen years ago, in 2003, a woman entered Naval Hospital Jacksonville to deliver her son through a planned Cesarean section. She was administered anesthesia through a spinal anesthesia needle. Part of that needle broke off during the process.

For the past fourteen years, the woman has experienced severe, constant pain in the form of left-side sciatica, hip pain, and lower back pain, according to Army Times. She was misdiagnosed for fourteen years until finally a doctor administered a CT scan and found that there was a 3-centimeter needle sticking out of her spine. This needle was three-fourths through a bone and has caused permanent nerve damage. Doctors state that it would be too risky to remove the needle at this time.

A medical malpractice claim is subject to a statute of limitations. In Florida, the lawsuit must be brought within two years of when the patient knew, or should have known, that there was an injury. You might be wondering how the above plaintiff can bring the claim fourteen years later. Ultimately, the woman did not know, or could not have known, of the alleged negligence until the needle was discovered in her spine.

If you have been injured by a healthcare professional and wonder if you have a medical malpractice claim, Gillette Law is here to help. Our talented Jacksonville legal team is ready to answer your questions and get you the justice you deserve. Contact us today for a free consultation to discuss your case and options.