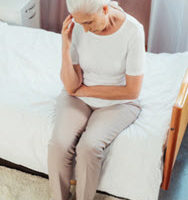 Consulate Health Care has been added to Florida’s watch list for non-compliant nursing homes and forced to pay $26,000 in fines after they neglected to inform one of their resident’s daughters about her mother’s declining health. The Agency of Health Care Administration cited the Sarasota-based facility, Beneva Lakes Healthcare and Rehabilitation, for failure in their standard of care.

Nursing home abuse has become an increasingly rampant problem, not only in Florida, but across the U.S.. Florida has a particularly egregious record. Despite chronic reports of abuse and violations of both State and Federal standards, administrative bodies have allowed nursing homes to continue doing business as usual.

Failing a Basic Standard of Care

While those who work in nursing homes have a difficult job, there are guidelines that they must abide by. When a nursing home fails that basic standard of care, not only must they answer to State and Federal regulations that demand compliance, they may also be liable for damages owed to the individual they have failed.

In order to prove negligence in a court of law, three criteria must be met:

The woman, who was identified in the reports as Patient 66, had been admitted to the facility for chronic ulcers in her legs. Reports said she had also suffered from congestive heart failure. Her condition, however, was not considered fatal.

The ulcerations on her legs failed to improve and she was later referred to a dermatologist who told a physician’s assistant that they might be the product of a systemic disease. She was later referred to a wound doctor who informed nursing home staff that her wound was too large to treat at the center and that she should receive a consult from a palliative specialist.

The administrative complaint reported that the nursing record neglected to include this information in their conversation with her daughter. Instead, the report said that her mother had been depressed and she needed to schedule appointments with a vascular surgeon and a dermatologist. In other words, they left out the part where the woman was dying and probably needed palliative care.

When the woman found out that her mother had died, she was in shock.

The official report indicates that the nurse on duty never asked the resident if she wanted to be treated at a hospital.

In this instance, it is unclear whether follow up treatment would have saved the woman’s life or not. But the mere fact the nursing home failed in its standard of duty was enough to hold it responsible for the incident.

Has Someone You Loved been Mistreated in a Nursing Home?

You’re not alone. The Jacksonville legal team at Gillette Law can help hold negligent care providers responsible for their malpractice. Give us a call or contact us on our website and we can begin discussing your case today.

By Gillette Law, P.A. | Posted on June 19, 2018
« Who’s at Fault When a Self-Driving Car Causes an Accident?
Military Academy Student Struck and Killed on Normandy Boulevard »