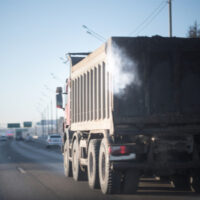 A judge ruled that Canal Indemnity must defend fuel company Phillips 66 in a wrongful death lawsuit filed by the family of a hauler, Elwyn Webb. The family of the trucker alleges that Webb died of prolonged benzene exposure that resulted in cancer.

The insurance company asserted a policy exclusion after the family filed their lawsuit that prevented the trucking company from filing a claim related to “pollution”. During the litigation, the insurance company representing the trucking company refused to defend the fuel company Phillips 66 citing a policy exclusion related to pollution. Phillips 66 contended that they fell under the “additional insured” category outlined by the policy.

The language in policies is not always clear and while it tries to be as specific as possible, it tends to be abstruse even to attorneys. However, the law understands that insurance companies can leverage ambiguous language to deny claims that a policyholder would expect to have covered.

In this case, the policy contained two provisions that appeared to make opposite claims. The first provision was the anti-pollution exclusion, while the second provision insured any company that had a written contract with the trucking company that owned the policy. In other words, the terms of the policy should include Phillips 66, but a policy exclusion

In a case like this, attorneys for the insurance company and other parties will present evidence for which provision should apply in this situation. The insurance company argued that they should not have to indemnify Phillips 66 because the policy related only to the “operation of vehicles” and not issues related to cargo. However, the policy also included loading and unloading as part of the policy’s language. The court ruled that the trucking company was loading Phillips 66 gasoline and thus their activities were included in the policy language.

Next, the insurance company argued that they should not have to defend Phillips 66 because benzene is a toxic chemical and the language of the policy contained a pollution exclusion. While benzine may qualify as a pollutant, the court held that gasoline does not qualify as a pollutant. The precedents that the insurance company offered all dealt with the transportation of an actual pollutant, not a useful commodity.

So, Canal Indemnity will be required to represent Phillips 66 in the lawsuit filed by the trucker’s family.

Benzine is a component of gasoline and the byproduct of several industrial processes. Direct benzine exposure can result in symptoms such as irregular heartbeat or even death. However, a small amount of benzene exposure over a long period of time can have a similarly devastating effect.

Benzene first attacks the blood and the bone marrow reducing the number of red blood cells. This can result in anemia and the development of leukemia.

Has you or your loved one been exposed to a dangerous chemical? Call the Jacksonville personal injury attorneys at Gillette Law today to schedule a free consultation and learn more about how we can help.