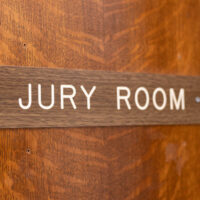 Jurors have cleared FedEx of wrongdoing after a crash with one of their box trucks killed a 19-year-old mother in Jacksonville recently. It took the jury only 90 minutes to reach a verdict. Below, we’ll discuss why the verdict went against the plaintiff and how it could have gone differently.

The deceased was driving an SUV with her 22-month old daughter and another passenger. An SUV moved around a FedEx truck that was blocking the road and into oncoming traffic. The deceased swerved to avoid the oncoming SUV, struck a utility pole, and suffered fatal injuries. Her daughter also suffered injuries as did her passenger, but both survived. The plaintiffs blamed FedEx for blocking the road which ultimately resulted in the crash.

Why didn’t she win?

The defense presented evidence that the victim was responsible for the accident. They disputed the claim that the driver had violated a municipal ordinance and said that it was the driver who was breaking the law by speeding on a rainy day. They also alleged that it wasn’t just the SUV that passed the truck, but several other vehicles as well. They argued that the victim simply didn’t see the obstruction and failed to slow her vehicle to as she approached the FedEx truck.

Essentially, FedEx claimed that they were within their legal rights to park their vehicle on the road. They somehow managed to persuade the jury that despite the fact that there were other places to park, this driver was within his rights to block a roadway. However, evidence of a driver speeding would count against them in a jury trial. Especially if the driver was speeding and failed to slow down when a vehicle blocking the roadway was forcing other vehicles into oncoming traffic.

Ultimately, jurors are tasked with determining what percentage of the blame goes to who. In this case, they determined that 100% of the blame should be placed with the plaintiff. This is rare, especially when the plaintiff can establish some negligence, as was the case here.

So, even if the plaintiff was speeding, one would imagine that some of the blame would be placed on FedEx, especially if the driver had multiple other places to park his vehicle other than the middle of the roadway. But juries are capricious and you always roll the dice when you try your case before one.

If you’ve lost a loved one due to someone else’s negligence, you can file a lawsuit to recover damages for lost income, emotional grief, and more. Call the Jacksonville wrongful death lawyers at Gillette Law today to schedule a free consultation and learn more about how we can help.