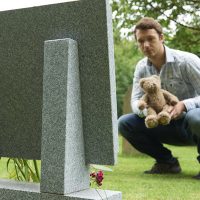 The foster parents of a seven-year-old boy have filed a lawsuit against a state treatment facility after the boy died of what a coroner ruled a homicide. The official cause of death was positional asphyxiation, which is occasionally the subject of lawsuits filed against police departments that hogtie suspects.

As a result of the death, the facility issued a statement saying that they have fired two staff members that were involved in the incident. They have also increased training requirements. However, the state has moved to prevent new children from being placed at the facility, at least for now. This threatens the future of the facility and could prove to be major leverage in the family’s lawsuit. Thus far, however, it does not appear that criminal charges have been filed against either of the two staff members, although that could change heading forward.

Positional asphyxia happens when an individual is positioned in a manner that renders them unable to breathe. The vast majority of positional asphyxia homicides are committed by law enforcement using dangerous methods to subdue suspects. This includes hogtying suspects. 93 children remain at the facility and the situation remains under investigation.

Will the case result in charges?

For the incident to result in charges, the prosecution must establish that the defendants committed culpable negligence in the death of the boy. The death has been ruled a homicide, but for the charges of either manslaughter or negligent homicide to stick, the prosecution must establish that the defendants operated with a reckless disregard for the boy’s life. Is that likely? Yes, indeed. The child died slowly, unable to breathe, while left in a position in which he couldn’t breathe. These are medical professionals, so they’re expected to know such things. Hence, the charges are more than likely to stick with the defendants copping to a plea of negligent homicide against charges of manslaughter or second-degree murder.

The employees will likely blame their employers for creating an environment that was impossible to manage, but there is an increased desire from the medical community to hold individual practitioners individually liable for causing death or injury, even in cases that do not involve obvious wrongdoing. This is an attempt to protect the industry from medical malpractice lawsuits, but it now has hospital staff threatening to strike. In other words, a war is brewing between hospital employees and hospital administration with patients reluctantly caught in the middle. The nurses are being charged with negligent homicide for medication errors, so it remains more than likely that these individuals will be charged with the same or worse.

Nonetheless, these individuals should be held accountable for the death of this boy for causing his death and robbing a family of their child. But the issue of charging hospital staff with crimes for malpractice mistakes will factor into this case.

Gillette Law represents the interests of those who have lost loved ones to acts of negligence. Call our Jacksonville wrongful death lawyers today and we can begin preparing your lawsuit immediately.