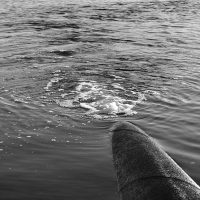 A family has filed a lawsuit against the owners of a man-made lake with an exposed drainage pipe. According to the lawsuit, a 10-year-old girl was sucked into the drainage pipe as she was swimming in the man-made lake. All the pipe needed was a grate to prevent this tragedy, the details of which are disturbing. Once the girl was sucked into the pipe, it compressed her torso and prevented her from breathing. She died of asphyxiation and drowning along with compression to her torso area.

The parents believe that the man-made lake was unreasonably dangerous for public use and placing a simple grate over the pipe would have made it infinitely less dangerous. In advertisements for the recreational area, there was no mention of any potential dangers. The opening of the pump needed only to be covered to prevent this tragedy. The owners appear to be on the hook for the death of this child.

Okay, so, this lawsuit would be filed under a theory of premises liability. Premises liability lawsuits require a plaintiff to prove negligence. Negligence is established when the plaintiff successfully alleges that the defendant violated their duty of care to their invitees. For the purposes of premises liability, an invitee is anyone who is invited onto the premises for the financial benefit of the owner. In this case, you have a camping and recreational area that invites members of the public to come out and have a good time. The failure to account for the dangerous condition, in this case, the drainage pipe that can suck 80 pounds into it and transport it up a hill, is a dangerous condition that caused injury to a small child. Since the owners of the recreational area can reasonably guess that children will be among those enjoying recreational activities on their property, they can reasonably foresee a child becoming injured due to the lack of a grate. In other words, they should have known better than to leave a dangerous condition that could cause fatality to children.

This looks like an easy win for the plaintiffs. In this case, the property owners and whoever built the man-made lake can both be sued for wrongful death because they failed to account for a foreseeable danger. In fact, they created the danger, failed to warn parents, and failed to correct the danger. Hence, they are liable under a theory of premises liability and will likely settle with the family to avoid future damage to their reputation.