Kobe and His Daughter to Blame for Helicopter Crash, Says Pilot’s Brother 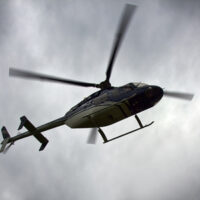 It seems like so long ago when the most tragic thing that we were hearing about was the death of a former basketball great, Kobe Bryant. While the event may have receded into memory there are still developments happening. Kobe Bryant’s widow, Vanessa Bryant, filed a wrongful death lawsuit against the helicopter that robbed her of her husband and daughter. But like so many of these types of cases, the blame is being put on the victims.

Recently, the brother of the pilot who died in the crash said that the passengers “knew the risks” when they boarded the helicopter”. His argument, to put it mildly, is not brilliant.

The Brother of the Pilot Responds

In about 100% of all personal injury cases, the defendant will either blame a third party and, when they don’t have a third party to blame, they’ll blame the victim. Why? Because this is their best available defense.

In California as in Florida, they operate a pure comparative negligence system. That means even if the plaintiff contributes 99% of the fault for an accident, they are still able to collect 1% of their total damages. This is also how it works in Florida.

However, when you get into a helicopter, even when you sign a waiver, the helicopter company is responsible for operating the aircraft safely and ensuring that the aircraft is safe to fly. However, the National Transportation Safety Board investigated the crash and determined that there were no signs of mechanical or engine failure. So establishing the pilot’s history of operating vehicles unsafely and proving that’s what happened here will be the key to the case.

This can be very upsetting for plaintiffs, especially in wrongful death lawsuits, when a loved one is being blamed for their own death. In this case, the argument is so spurious that it’s almost laughable. Much will depend on the liability waiver that the passengers sign prior to getting into the helicopter, but there is very little to protect a company from a pilot who is operating their helicopter unsafely.

If you’ve lost a loved one in a tragic accident as the Bryants have, you are entitled to hold the company or individual responsible who caused their death. Call a Jacksonville personal injury attorney Gillette Law today to schedule a free consultation and learn more about how we can help.