Four Motorcycles Involved in Two Accidents on the Same Day 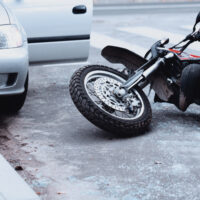 In early April, there were two accidents involving four motorcycles that left their riders in critical condition. While motorcyclists are often blamed for traffic accidents, the truth is often just the opposite. Since motorcyclists have a reputation for being thrill seeking adrenaline junkies, the theory goes that they often put themselves at unnecessary risk by riding too fast and executing dangerous maneuvers. While there’s no doubt that some motorcyclists do this, there are also intrinsic dangers to riding a motorcycle that have nothing to do with the driver’s behavior.

In one instance, the crash involved two motorcycles who struck the side of a cruiser when an on-duty deputy attempted to make a u-turn on SR16. A woman was left in critical condition while a man was released from the hospital with injuries that are relatively minor by comparison.

The second crash involved two motorcycles that struck a Kia sedan. One rider suffered life-threatening injuries while the other suffered less serious injuries. The driver of the Kia was also treated for injuries.

Motorcycle accidents tend to involve serious injuries. The average cost of medical care following a motorcycle accident was over $55,000 in 2010. Nearly ten years later, that number only increased. Much more troubling, motorcyclists get blamed for these accidents with alarming regularity. In both of the cases mentioned above, you have multiple motorcycles colliding with a single car. Were both motorcyclists making the same mistake? Or was the car guilty of some moving violation?

In the case of the deputy, who performed a life-saving intervention on at least one of the riders, any lawsuit against him and his employer would be subject to sovereign immunity limitations. In this case, that would be $200,000 for a single negligence action and $300,000 for the incident itself.

In instances where a commercial vehicle is involved, an injured motorcyclist may be able to collect much more than that. Typically, however, motorcyclists are forced to draw on their own injury insurance. In cases where they suffer serious or life-threatening incidents, they can file lawsuits against an at-fault driver but they must be able to establish fault.

While there are cases of motorcyclists behaving recklessly on the road, there are other cases where it’s the other driver who has committed the violation. The majority of these cases involve lane changes. Since motorcycles are harder to see, the blind spot for the driver in the car is bigger. Drivers who don’t check their mirrors when changing lanes or don’t check their blind spots well enough can put motorcycle riders in serious jeopardy. When this happens, it’s the driver who’s liable for the accident, not the person riding the motorcycle.

If you’ve suffered serious injuries at the hands of a careless driver, the Jacksonville motorcycle accident attorneys at Gillette Law can help you recover damages in excess of your no-fault policy. Talk to us today to schedule a free consultation.

By Gillette Law, P.A. | Posted on October 17, 2019
« Some Laundry Dryers Appear to be Causing Fires
Man Killed by Keyless Car »