Motorcyclist Killed in Collision with Semi Truck on Normandy Boulevard 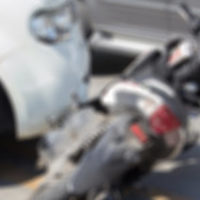 When a tractor-trailer collides with another vehicle, the occupant of the other vehicle usually bears the brunt of the damage. This is especially true when the other vehicle is someone riding a motorcycle. The lack of protection available to most motorcyclists mean they are at greater risk of suffering serious injuries if they are involved in an accident.

Deepest condolences go out to the friends and family of the motorcyclist. Losing someone you love is never easy, but the pain of a sudden, unexpected loss is particularly awful.

Florida is one of the deadliest states in the country for motorcyclists. In fact, one in every five people who lost their lives in highway accidents in Florida were operating a motorcycle. This is despite the fact that motorcyclists represent only seven percent of the total number of licensed motorists in the Sunshine State.

In 2015, more than six hundred motorcyclists were killed in auto accidents in Florida. That represents a thirty percent since 2014, according to AAA. The number of motorcycles registered in Florida only increased by about three percent from 2014 to 2015.

Nationally, the numbers are not much better. According to the Governors Highway Safety Association, nearly 4,500 motorcyclists were killed in accidents in 2014.

If you or a loved one was riding a motorcycle and got hit by another motorist, you may be able to pursue financial restitution for your harms and losses. The best course of action is to sit down with a Jacksonville personal injury lawyer to discuss your legal options. Here is a brief overview of the damages you may be able to receive through a personal injury lawsuit:

If you or a family member were seriously injured in an accident while operating a motorcycle, take action and contact Gillette Law P.A. in Jacksonville. Our legal team is ready and able to help. Contact our office today to schedule a free, confidential case review.

By Gillette Law, P.A. | Posted on March 21, 2018
« What Happens if You are Attacked By a Vicious Dog?
Fleming Island High School Student Hit and Killed by Train »