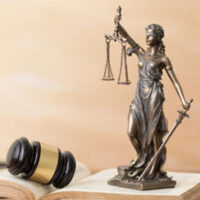 A Jacksonville family won a $2.5 million judgment against a Jacksonville memory care facility that severely injured their loved one. The judgment was the result of a jury verdict in favor of the plaintiff.

According to the plaintiffs, the victim suffered an eye injury that ended up causing her to lose vision in her eye for the remainder of her life. After the procedure, the plaintiff was diagnosed with multiple hemorrhages in her eye in addition to a detached retina.

While it’s not entirely clear what happened, the family believes that their loved one was struck in the eye with either a fist or an elbow, resulting in the injury. However, none of the nurses ever admitted to striking her. A doctor believed that there was a direct blow to the eye.

Negligence only covers accidents that happen accidentally. However, tort lawsuits, filed to recover damages from an injury, can also be filed on the basis of intentional misconduct. For instance, while we don’t know specifically what happened, a resident in the care of a facility suffered a severe eye injury. We don’t know how it happened, but we know that it did happen.

Technically, in order to be medical malpractice, a medical decision must be made. This means that just because an accident happens in the hospital, it doesn’t mean that it’s necessarily medical malpractice. Hospitals can be and are often sued for other claims such as physical abuse, slip and fall lawsuits, and more. Physical abuse is often a problem in elderly care facilities where patients cannot speak up for themselves. Their children are left wondering what they can do to stop the abuse, and after it occurs, holding the facility responsible. It’s not always obvious that abuse is occurring.

If your loved one has suffered abuse at the hands of their care center, the Jacksonville personal injury attorneys at Gillette Law can help you file a lawsuit and hold those responsible accountable for their misconduct. Call today to learn more!