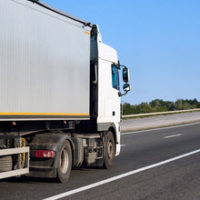 When a large truck collides with a smaller vehicle, the individual on the smaller vehicle frequently endures significant harm. A prime example is an accident that occurred at the intersection of Atlantic Boulevard and University Boulevard in Jacksonville. An officer on his police motorcycle was struck by a tree-trimming truck. The officer reportedly had his emergency lights on while responding to a traffic accident on the Matthews Bridge. As he turned north on University Boulevard, he was hit by the truck. The officer suffered injuries and had to be transported to UF Health in Jacksonville, according to News 4 Jax.

Sadly, serious collisions involving large commercial trucks are quite common in Florida, and across the country. According to the National Highway Traffic Safety Administration, approximately 342,000 large commercial trucks were involved in collisions in 2013. In those collisions, a reported 3,964 people lost their lives with over 70 percent of the victims being the individual not in the truck. In Florida, there were approximately 187 deadly truck accidents in 2013 that resulted in the deaths of nearly 200 people.

When a truck hits a smaller vehicle like a sedan, motorcycle, SUV, etc. the injuries to the individual occupying the smaller vehicle can be devastating. Examples of common injuries in these types of collisions include:

Pursuing Financial Restitution for Your Harms and Losses

As you can see, the injuries suffered in a truck accident can be debilitating and potentially life-altering. This means tremendous financial strain and massive medical bills, which is why it is imperative to speak with a Jacksonville truck accident lawyer about pursuing a personal injury claim against the truck driver and his employer. A personal injury claim will allow you to pursue financial restitution for your medical expenses, lost wages, and pain and suffering.

Collecting the Important Evidence to Help Substantiate Your Injury Claim

It is important to contact an attorney sooner rather than later. Why? Because many trucking companies have large teams of investigators and claims adjusters who go to work right away building a case to refute your injury claim. You should level the playing field and have an experienced legal professional working for you. An attorney can get to work right away collecting important evidence such as the electronic data recorder from the truck (also known as the ‘black box’). This data shows the speed at which the truck was traveling, when the brakes were applied, and other important facts leading up to the collision.

As you can see, an attorney can be a huge benefit in investigating your accident and holding the negligent truck driver accountable for their reckless or careless actions. Gillette Law P.A. has years of experience helping people injured in truck accidents in Jacksonville. Contact our office today to schedule a free, confidential consultation.

By Gillette Law, P.A. | Posted on December 19, 2017
« Multi-Vehicle Accident on I-95 Results in Multiple Injuries
Pedestrian Hit and Killed on Interstate 95 in Brunswick »