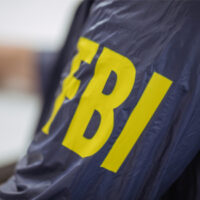 The parents of children killed, injured, or traumatized by the Parkland massacre have filed a lawsuit against the FBI for failing to act on actionable information prior to the shooting. Parents say that Nikolas Cruz should have never been able to legally purchase the AR-15 he used to open fire on his fellow students.

Eight sets of parents and seven former students have filed separate lawsuits against the FBI for allowing Nikolas Cruz to pass a background check.

A fair question to ask is: Why now? The two-year statute of limitations is about to elapse on any personal injury or wrongful death claims against any of the involved parties. Parents and students are trying to file their lawsuits before the statute of limitations elapses and they never get that chance again.

What Did the FBI Know?

The FBI had enough information to deprive Cruz of the gun he used to target fellow students at The Marjory Stoneman Douglas High School. They were sitting on two separate tips concerning Cruz’s history of violent behavior and mental instability. The first tip came in about five months prior to the shooting. A bail bondsman from Mississippi reported that Cruz left a message on his YouTube channel indicating that he was going to be a “professional school shooter”. The FBI interviewed the bail bondsman but closed Cruz’s file shortly thereafter.

The second tip came in a month prior to the shooting. They received an anonymous tip that gave a specific warning about Cruz. The caller indicated that they knew he was “going to explode”. According to the anonymous tipster, Cruz’s social media account was filled with weapons that he owned and he enjoyed displaying the images of animals that he had killed. The tipster indicated that they believed that Cruz was going to shoot up the school.

The FBI operator was able to connect the two tips together but under the direction of a supervisor, made no attempt to follow up on the lead. The FBI later admitted that their own protocols for handling tips involving school shootings were not followed.

Will a Wrongful Death Lawsuit be Successful?

Even though the FBI was negligent by any standard, the law gives special dispensation to police officers and FBI agents when it comes to handling their cases. In fact, it places no mandate on them to take action regardless of whether there is an internal protocol that was violated. The family may be forced into the position of proving that the FBI absolutely had to take some kind of action under the law in order to prove the claim that they were negligent. With no such requirement, the families and students may still lose their lawsuits.

If you are grieving the loss of a loved one whose death was caused by someone else’s negligence, the Jacksonville wrongful death attorneys at Gillette Law can help you file your claim and hold the negligent party accountable for their actions. Talk to us today to schedule a free consultation.