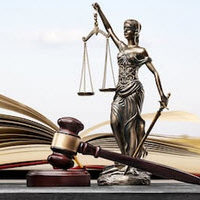 After being fined and cited by OSHA for safety violations, a Holly Hills paving company is the target of a wrongful death lawsuit. The family of one man alleges that the company’s negligence resulted in the man’s death. OSHA fined the company over $16,000 for the same incident.

An OSHA investigation revealed that the man, who was 72 years old, lacked the experience and training to operate the paver. He was standing on top of the paver when he fell off, was sucked beneath the machine, and ultimately crushed to death. OSHA blamed his company, Pavemax Asphalt Services, for allowing to operate the machinery in such a precarious way.

His family agrees. While it was ultimately the victim’s own actions that resulted in his death, the company he worked for is responsible for ensuring that those who use their machinery are capable of handling it safely.

What’s clear to everyone is that the victim should not have been riding atop the paver while it was in motion. So where does the victim’s negligence end and his company’s begin? Lawyers for the man’s family are alleging that the company should have properly trained him in the safe operation of the industrial paver before allowing him to operate it unsupervised. Since that didn’t happen, the family is claiming that the company is negligent.

Helping the family’s case is the fact that OSHA cited and fined the company after the incident. The $16,000 fine is the largest that OSHA can levy against a company for failing to comply with safety regulations.

The family is alleging that the company’s negligent training resulted in the victim’s death. In Florida, wrongful death lawsuits are filed on behalf of a victim’s estate. In other words, the estate of the victim sues Pavemax Asphalt for the negligent death. The estate recovers damages for funeral costs and potential earnings of the deceased. In the event that there were medical expenses, that money is also paid to the estate. In cases that go to trial, jurors are asked to determine what the monetary value of the deceased’s pain and suffering was. In addition, family members are allowed to sue for personal damages including their own emotional loss.

While it’s not clear yet, how much the family will seek to recover in this wrongful death lawsuit or what, if any, blame the jurors will put on the deceased, wrongful death cases of this sort can reach into the millions.

Charlie J. Gillette helps Jacksonville families recover damages when their loved ones die due to another’s negligence. Give us a call at (912) 289-4205 or contact us online and we can talk about your case today.