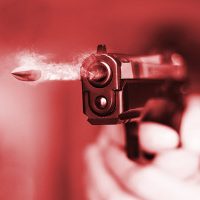 The parents of a 26-year-old man have filed a federal wrongful death lawsuit against the municipality of Auburn in Washington State. Evidence appears to indicate that the man was shot in the back of the head while lying facedown on the pavement.

The police officer’s account of what happened is not helping matters. The officer was carrying around an illegal dagger with him. He claimed the suspect attempted to grab the dagger and that’s why he shot in the back of the head. The officer has extensive use of force complaints against him. The plaintiffs are faulting the city for negligent training, hiring, and an indifference to the impact it has on the public trust.

A prosecuting attorney reviewing the case ruled that the shooting was justified. However, that will not preclude the family from filing a wrongful death lawsuit against the city.

Police responded to a domestic disturbance. According to police, a woman in an apartment complex had rejected the decedent’s advances and a dispute broke out. At the time, no arrest was made and the suspect was unarmed. The officers were concerned that the decedent was intoxicated and allowed him to call his mother. She agreed to come pick him up. Before she got there, however, an altercation broke out. At one point, the officer at the heart of the controversy allegedly struck the deceased in the face without warning. A struggle ensued.

The decedent did not have a weapon and was in a prone position when the shot was fired. It is unclear how prosecutors can justify the shooting of a defenseless suspect. They knew that the parents were on the way when they fired the weapon. When the parents arrived, they found their son shot dead.

According to the officers, the deceased made two more phone calls after he called his parents. After the third, he appeared agitated and became combative. He started pacing and cursing at the officers. The decedent appeared to attack the officer and one officer was struck. At this point, the officer claims that the decedent attempted to take his illegal knife. Fearing that he would use the knife against the officers, he fired at the suspect, killing him.

A witness heard the police officers issue the command to drop the knife, the suspect asking what knife they were talking about, a shot being fired, and then something metal clanking on the pavement.

Will the family win?

Juries want smoking guns in police brutality cases. Even video evidence isn’t necessarily enough. At this point, it remains unclear that either there is enough evidence to justify the shooting or there is enough evidence to prove it was illegal. In those cases, the scales shift to the defense. Nonetheless, we don’t have bodycam video yet and the witnesses’ story does not appear to match up with the physical evidence.

If you have been injured due to the conduct of a public servant, call the Jacksonville personal injury attorneys at Gillette Law today to schedule a free consultation and learn more about how we can help.