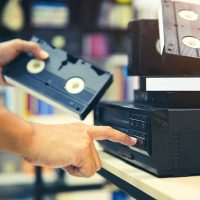 A high school principal is being accused of deleting or failing to save surveillance video from the day that one of his students collapsed and died after a soccer practice. Attorneys for the teen claim that the principal intentionally failed to save surveillance from that day knowing it could be used against the district in a lawsuit. The family is now asking the court to allow them to sue for punitive damages because of the intentional suppression of evidence. Their request may be granted. They say the video would provide a clear picture of what lifesaving measures the school took that day.

The principal was questioned as to why the video was not recorded. He stated that two of the cameras were malfunctioning or had stopped working. Attorneys questioned the security company that handles the cameras, asking whether or not it was standard practice for a client to only report a malfunctioning camera after an incident happened. The employee stated that is usually how it works. He also testified that there was no warning system related to a malfunctioning camera that would alert the school or others to a problem.

Attorneys for the family claim that the missing video would give a clearer indication as to what happened that day. They accused the principal of intentionally losing the footage and asked the judge to issue the jury an instruction indicating that this footage was lost. They are hoping the judge allows them to pursue punitive damages in the lawsuit.

Will the judge allow punitive damages?

It’s unclear. Four cameras could have caught the incident. Only one was presented to the plaintiffs as part of discovery. One had been “vandalized” according to the principal, another was broken, and a third did not capture anything of note. Only one of the cameras was turned over on discovery. The major question comes down to the vandalized camera and whether or not it was working that day. Since the principal failed to keep the footage, the attorneys allege that “vandalism” is a pretense and that the principal intentionally chose not to save damaging video surveillance. The plaintiffs contend that the video would have shown the plaintiff collapse and what care was provided to him in the moments leading up to his death. Instead, they have one camera that is facing a parking lot and shows nothing. The judge has yet to issue a ruling on the matter.

Since the school is parochial, the family can file a lawsuit against them without fear of having to deal with sovereign immunity. The family is hoping to find answers related to their son’s death, and already, legislation has been passed to increase the standard of care when an athlete collapses on the field.

Gillette Law files personal injury lawsuits on behalf of those injured due to the negligence of another party. Call our Jacksonville personal injury attorneys today to schedule a free consultation and learn more about how we can help.