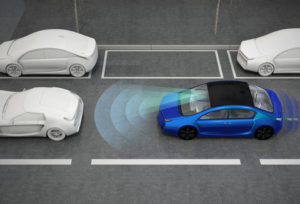 Uber, the ridesharing company, recently announced that it is set to introduce the first self-driving fleet of cars for customers to hail as part of Uber’s offered services. The service will be introduced in Pittsburgh, Pennsylvania and because of state law, the vehicles will require a licensed driver behind the wheel to supervise the autonomous car. Fully autonomous cars that will not require any human driver overseeing their operation are still in development and not likely to take over the roads just yet. While the technological advancements that allow for Uber to have this service are impressive, there are many legal questions bound to be raised by the implementation of this service.

Although companies that make cars with self-driving features contend that they are safer that human drivers, it is still too early to tell if this is true. Google has been testing self-driving cars since 2009 and Tesla has implemented an autopilot feature in some models of its vehicles that acts as a more advanced cruise control. While cars from these two companies have in general been in fewer accidents than cars driven by human drivers, the cars are not infallible and have been responsible for accident  including a fatality.

The question of liability in an accident with a self-driving car can be tricky, although not impossible, to answer. If the car has an advanced autopilot feature like the Tesla but still requires a driver to operate the car, would the driver or the company be responsible to the injured party in a car accident? Liability in an accident with a self-driving car will, like with all other accidents, depend on the circumstances surrounding the accident. There would be questions of whether the driver in the self-driving car was properly using the software, whether the software was in proper working condition and whether the injured driver in the other car contributed in some way to the cause of the accident. The injured party in such an accident would likely sue both the driver and the company, especially if the software failed in some way and caused the car to malfunction.

The advertising used to market the cars to prospective drivers and the instructions given on how to operate or supervise the operation of driverless cars would also come under scrutiny. If the instructions do not sufficiently warn of foreseeable dangers or do not provide adequate guidance on how to operate the vehicle, this could be one way the manufacturer could  be found liable for a car accident. If the advertising oversells the car’s capabilities and this causes a driver to be less cautious because he believes the car is fully in control, the car company may be liable for misrepresentation or  failure to provide proper instructions.

Car accidents, whether caused by human negligence or defective car parts or software, can often result in serious injuries that can mean a lot of expenses beyond medical costs. To find out more about how you can seek compensation to cover these costs, contact an experienced Jacksonville, Florida personal injury attorney at Gillette Law, P.A. and let us assist you with your case.