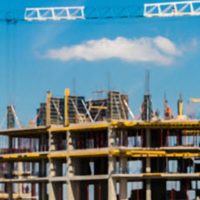 The family of a slain worker has filed a wrongful death lawsuit against a construction company after their loved one plummeted through the floor of the building set to be demolished to his death. According to the suit, the worker was operating a vehicle that crashed through the floor causing his death.

The defendant is being blamed for failing to conduct a safety survey of the building prior to embarking upon the demolition. They are further blamed for not conducting strength tests of the floor before allowing large vehicles to operate on it. They are accused of failing to hold safety meetings with a safety engineer and in general, they are accused of failing to protect workers from obvious safety hazards by cutting corners and saving money. Ultimately, this sort of conduct costs the company money because OSHA will be levying fines against them and they will very likely have to pay this family a large amount of money for causing the death of their loved one. Since the accident was avoidable, the liability falls on the company that managed an unsafe job site.

Contractors can file lawsuits against other companies

While most states make it illegal to sue your own employer for negligence resulting in death or injury, workers who are injured due to the negligence of another company can sue that company if they are injured. In the case of wrongful death, their family can initiate a lawsuit against the company which is what happened here. Workers’ compensation immunity only applies to a company with an active workers’ compensation policy for its own employees. If one company is responsible for the injury or death of another company’s worker, that worker can sue.

Whenever a worker is killed on the job, OSHA steps in to investigate the situation. However, OSHA moves slowly which means that lawsuits are often filed prior to them issuing a finding that safety violations existed. However, the allegations against this company are significant. Regulatory requirements make certain that these companies have to conduct inspections of floors prior to allowing heavy industrial vehicles on top of them. Since that doesn’t appear to have happened here, the company is ultimately liable for failing to conduct that inspection and can be fined and cited by OSHA.

Gillette Law files wrongful death lawsuits against negligent companies that contribute to or cause the deaths of another person. Call our Jacksonville personal injury lawyers today to schedule a free consultation and we can begin preparing your claim immediately.