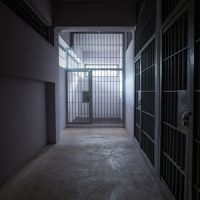 Why are all the lawsuits against prisons filed under a theory of medical malpractice? It remains one of the few ways that an inmate can hold a prison accountable for negligence. Sovereign immunity protects the state and state employees against lawsuits filed by private citizens on the grounds of negligence unless there is an imposed duty of care. In prisons, the prison itself has a duty of care to ensure that the basic needs of every inmate are met. This includes food, shelter, and health care. Since there is an imposed duty of care, lawsuits filed under a theory of medical malpractice do have merit in the courts. Lawsuits filed on a theory that the prison should have done more to protect an inmate from attack generally do not have merit as the family of Whitey Bulger recently found out.

The plaintiff will need to establish that someone in the prisoner’s orbit had cause to know that his mental state was off and then did nothing to address the situation. Lawsuits filed under a theory of delay in treatment due to physical ailment are much easier to win because there is less room for interpretation. Below, we’ll discuss the merits of the plaintiff’s case.

Since the state has a duty of care to ensure their prisoners are taken care of, lawsuits filed on a theory of delayed medical treatment do have merit. It’s important to understand that these private companies offer services to the government based on being able to reduce costs to the state. More prisons have gone the way of using private health care companies to provide medical services to inmates. These companies are not shielded by sovereign immunity and thus do not have the same protections that a prison would. When filing these lawsuits, the prison, those responsible for overseeing the prison, and the private health care partner companies are all named in the lawsuit. The aforementioned lawsuit is no different.

However, proving your case can be more difficult than you expect. You would need to establish that those responsible for the care of the inmate missed several clear signs of mental health distress. Mental health distress is not the same as physical distress. If an inmate is physically ill, it can be easy to establish. If an inmate is mentally ill, that requires the subjective assessment of doctors. The plaintiffs will need to establish that the doctors failed to render the prevailing standard of care when they noticed red flags.

Gillette Law represents the interests of families who have lost loved ones to negligence in the form of wrongful death lawsuits. Call our Jacksonville personal injury lawyers today to set up a free consultation and we can begin discussing your options immediately.