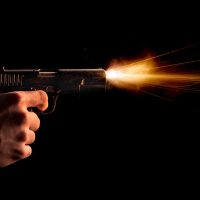 A U.S. District Judge has awarded $2.2 million to the children of a woman who was shot and killed by a police officer during a wellness check. However, authorities became concerned when it was revealed the officer had a romantic relationship with the victim. The officer was married at the time of the murder. An investigation revealed that the woman had ended a relationship with the officer and threatened to reveal the affair to his wife. The murder is believed to be an effort to keep the woman silent.

The officer was charged with capital murder, but as part of a plea deal, will be allowed to live out the rest of his life in prison. A lawsuit was filed against the police officer for wrongful death. The children of the slain mother were awarded $2.2 million in damages. The woman was found dead by her 8-year-old son with a gunshot wound to the head.

An attorney for the defendant said that the officer “broke” after the victim threatened to tell his wife about the affair.

Who pays the money?

It is unclear at this point if a lawsuit has been filed against the county or the police department for hiring the officer, giving him a badge, and then allowing him to use that badge to conduct a “wellness check” on a former lover and shoot her with his government-issued gun. If not, it will be difficult for the family to receive much money from the defendant who is now without a job in prison.

The family can attempt to place a judgment on the officer’s estate and then move to liquidate that estate to repay the debt. In the case of intentional murder, the judgment cannot be discharged in bankruptcy, but enforcing the judgment can prove tricky in most cases.

Gillette Law is committed to the recovery of grieving families who have lost loved ones to acts of malice and negligence. Call our Jacksonville personal injury lawyers today to schedule a free consultation and we can begin preparing your case immediately.