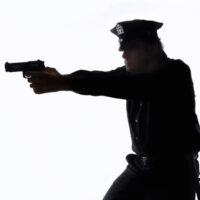 A wrongful death lawsuit has emerged in the shooting death of a suspect in a hotel room. Police say that the man grabbed an officer’s taser and began tasing a police officer before the officer opened fire and killed the man.

Attorneys for the plaintiffs contend that newly released surveillance footage shows the suspect was unarmed at the time of the shooting. The officer who fired the weapon contends that he believed the man still had his taser and was moving toward him threateningly. A physical altercation had erupted between the officers and the man prior to the incident and the man had already been shot twice in the exchange.

The plaintiff’s case rests on whether or not the police officer could reasonably still consider the man a threat at the time of the shooting. The officer has been cleared of wrongdoing after an administrative review. However, that doesn’t mean that the plaintiffs can’t win their wrongful death lawsuit.

The problem isn’t that one man attacked police officers and then was killed. The problem is more primordial than that. The problem involves whether or not officers should be called to the scene of certain calls to handle certain types of disputes. It’s unclear who called the police to the scene.

Domestic calls fall into one of two varieties. You have domestic violence calls involving relationship abuse and you have mental health calls involving aberrant suspects. The two situations are by no means mutually exclusive. When police are called to the scene of a domestic dispute, they are thinking that they will be responsible for removing a violent suspect from a place with vulnerable people in it. So their job is to remove the suspect from the scene and then get it sorted out later. The suspect can be brought to a hospital, held on charges, or whatever else, but getting them away from vulnerable people is generally the top priority.

In cases where the suspect is having a mental health episode, police can antagonize the suspect, and cause them to lash out. This results in violent responses by police against suspects. The question then becomes: Are we handling the situation correctly?

Right now, there’s no good answer to that question. Families who call the police to help them manage family members in crisis, often end up unhappy with the response. In many cases, the family member ends up dead, injured, or facing charges. Instead of getting the help they need, they get punished. The families no longer trust police to help them manage the situation.

Ultimately, policy changes and diversification of police services are where the future of policing lies. However, wrongful death lawsuits filed against police who are in active confrontations with criminal suspects tend to be very difficult to win. George Floyd has not changed that.

If you’ve lost a loved one due to the negligence of another party, call the Jacksonville personal injury lawyers at Gillette Law today to schedule a free consultation and discuss the situation. We can help you hold the negligent party accountable for their actions. Call today!