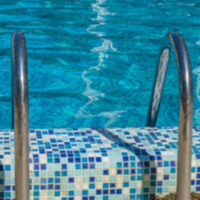 This is a weird one, so pay attention. The family of an 18-year-old babysitter filed a wrongful death lawsuit against the pastors for whom she was babysitting after the woman was found floating facedown in their pool. Paramedics arrived 12 minutes later, but the babysitter was unresponsive. She was taken off life support days later. The babysitter was a certified lifeguard.

According to reports, the five-year-old girl came upstairs and told her mother to look in the pool. The mother found the babysitter face down in the pool and immediately called the police. She told police that she didn’t know how to swim, so she couldn’t reach the babysitter to take her out of the pool. The babysitter remained in the water for 12 minutes until paramedics arrived to extricate her. By then she had suffered brain death. The official cause of death was an accidental drowning.

Why was the suit dismissed?

The suit was dismissed because a woman who does not know how to swim does not have a duty to endanger their own life to prevent another’s death. According to the family, the mother forbade the child from swimming prior to the incident because it was raining. The plaintiffs contended that the mother said that the child and babysitter could swim after the rain abated. The court concluded that the mother had told the child and babysitter not to swim. Further, the mother had no duty of care to supervise a babysitter. That would entirely defeat the point of hiring a babysitter. Lastly, since the woman was a trained lifeguard, the mother would not have thought it necessary to supervise the lifeguard after telling her not to use the pool.

How did the babysitter die?

No one knows. That’s the problem. The family avoided having an autopsy performed as the babysitter was an organ donor. The family believes that the circumstances surrounding the babysitter’s death are “suspicious”, but there was never any indication of how the babysitter ended up in the pool.

Using education speculation, one might guess that the babysitter slipped and fell, struck her head, was knocked unconscious and then died. If so, there was no indication in any article written that the woman had a head injury. So, how a trained lifeguard died in 8 feet of water remains a mystery to the family.

Finally, the lawsuit was dismissed because the plaintiffs failed to assert a premises liability claim and by the time their cause of action was dismissed, it was too late. The claim was filed on a theory of negligent supervision of an independent contractor.