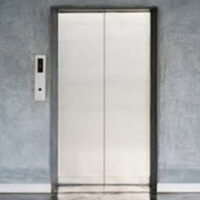 An attorney for the family of a student-athlete who was crushed to death in a chilling elevator accident has filed a number of wrongful death lawsuits against a slew of parties all of whom they claim contributed liability and negligence to the matter. The student was going to an athlete prep academia that hopes to secure college scholarships for athletes. The football players were living in an aging high-rise in Atlanta.

On August 31st, the student was killed in the elevator. An inspection notice pinned to the door said that it hadn’t been inspected in over a year. The building’s owner has blamed the previous owner and the athletes, claiming they exceeded weight limits. Among the named defendants are:

A second lawsuit has been filed against the school over a GoFundMe account that was created for the family after the student’s death. According to the family, the school has yet to turn that money over. Perhaps they will use it to defend themselves from both lawsuits.

Despite the fact that the students were large, the owner has a duty to maintain the elevator. If the elevator is in service and cannot support the weight of the people in the building, then the elevator is broken and needs to be out of commission, fixed, and repaired. None of that ever happened. In fact, the owner allowed the inspection to lapse for over a year. That means the owner is likely not just on the hook for compensatory damages, but because there was a co-occurring building code violation, they will likely be on the hook for punitive damages as well. By and large, the landlord is the most vulnerable litigant in this claim and will likely pay out the vast majority of the family’s suit.

Next up is the school. The school contributed negligence by not demanding that problems with the facility were not handled immediately. Further, they made the decision to contract with the high-rise to house their students. Another choice would have been better. Hence, they contributed liability to the matter and will likely have to settle with the parents.

The three elevator companies could have contributed liability if they noted a defect in the elevator or were tasked with repairing a defect that could have prevented the accident that caused the death. If either of those are true, then they bear a lot of personal liability for the death and will be held to the fire, much like the landlord. If the school doesn’t turn over the GoFundMe money, then they will be too.

If you’ve been injured due to your landlord’s failure to perform upkeep and maintenance on your apartment, call the Jacksonville personal injury lawyers at Gillette Law today to schedule a free consultation and learn more about how we can help.