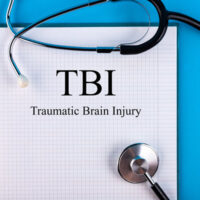 A family has filed a lawsuit against Honda after their Odyssey (a minivan) was implicated in a crash that critically injured a seven-year-old girl. The child now suffers from traumatic brain injury. The family claims that critical design flaws within the Odyssey contributed to the girl’s injuries.

According to the suit, the family was driving home when they were rear-ended by a Jeep. The Jeep struck the vehicle with such force that it crushed the back end of the minivan. The family faults Honda for designing the vehicle without supports that prevent the crushing of the back row during a rear-end collision. The driver of the Jeep has also been named in the lawsuit.

The case against the Jeep driver

The case against the Jeep driver should be easy to make. In a rear-end accident, there is a presumption that the rear-end vehicle is at fault unless the plaintiff contributed some form of negligence. Even then, it would not completely exonerate the defendant from fault since they simply rammed into the back of another vehicle, failing to brake in time.

The case against Honda

While Honda may be at fault for this accident, third-row minivan seats have been implicated in a number of crush lawsuits throughout the years. While it takes a pretty bad collision to cause these sorts of injuries, the fact that there have been several lawsuits indicates that the crush zone on the vans extends too far into the cabin.

Since the issue is well-known and Honda has done nothing to remedy the situation, they will likely be held liable under Florida’s product liability laws. Honda will respond by saying they are in compliance with all safety regulations required of them by law. However, the plaintiff need not prove that Honda shirked their duty of care to the state to win a product liability lawsuit. They need only prove that some engineering issue in the vehicle resulted in injury. If there is some way to avoid this engineering issue that is within the means of the company, then they are responsible.

Other issues with the Odyssey

The plaintiffs listed several issues that contributed to the girl’s injuries. These include not only the crush zone extending into the cabin but a lack of pretensioners in the seatbelts that would cause the seatbelts to tighten upon impact. Further, the plaintiffs contend that the Odyssey rides so low to the ground, that it doesn’t effectively prevent override accidents. Override accidents are like those you see at Monster Truck shows where the Monster Truck crushes a smaller truck beneath it.

In this case, the plaintiffs are faulting Honda with engineering an unsafe family vehicle.

If you’ve been injured due to the negligence of another individual or company, call the Jacksonville personal injury attorneys at Gillette Law today to schedule a free consultation and discuss your options with a seasoned litigator.