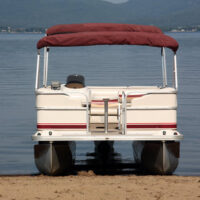 Former Glee actress Naya Rivera is now the subject of a wrongful death lawsuit. The AP reported that Rivera died while on a boating trip with her four-year-old son. The lawsuit blames the county and the managers of Lake Piru where the accident occurred. The lawsuit has been filed on behalf of her son and her estate. Rivera had rented the pontoon from Lake Piru. Her son was found several hours later asleep in the drifting boat. Rivera’s body was found five days later. Rivera, who was a good swimmer, is believed to have been caught in the tangle of vegetation at the bottom of the 30 ft. lake.

The lawsuit takes aim at the company that rented the actress the boat. The plaintiffs allege that the boat lacked specific safety features that would have been standard on a similar boat. For example, the boat had no accessible ladder, rope, radio, anchor, or life vests. According to the boat vendor, he offered Rivera a life vest, but she refused. He placed one on the boat anyway.

The lawsuit further accuses the Lake managers of failing to place warning signs in the area concerning the strong currents. At least 26 people have died in the lake since it was opened in the 1950s. The two were swimming nearby the boat when high winds are believed to have pushed the boat away from the swimmers. Her son was somehow able to get back aboard the boat, but Rivera was not.

The defense will argue that while the situation is tragic and sad, it isn’t their fault that it occurred. They will say that Rivera was a strong swimmer and an experienced boater who neglected to ensure the safety equipment was aboard the boat before she took it out. They will claim that she rejected an offer for safety vests, but they were nonetheless supplied to her by the person renting her the boat. They will say that she put not only her life in danger, but almost killed her young son who miraculously survived.

In other words, the defense will blame the actress for her own death and for almost killing her child simply because she thought she was too strong to take along safety equipment.

Since the lawsuit has been filed in California, the rules are quite similar to Florida. Both Florida and California operate on a comparative negligence rule that allows litigants to file lawsuits against defendants even if the plaintiff is 99% responsible for their injuries. Likely, some of the blame will be placed on the defendants, but it won’t be 100%. Any judgment entered against the defendant would then be reduced by the percentage of the plaintiff’s own blame. While such a verdict may still go into six figures, it won’t be 100% of the total value of the plaintiff’s claim.

Drowning accidents happen every year. In some cases, the negligence does not lie with the boater, but with the boat owner. The Jacksonville personal injury attorneys at Gillette Law have had success filing such lawsuits against rental companies or others. Call today to learn more.