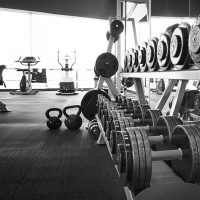 A 19-year-old woman has filed a lawsuit against the YMCA after she was sexually assaulted on the premises. She was 15 at the time of the sexual assault, meaning that the statute of limitations will not apply to her case.

The plaintiff states that she and her twin sister were sexually assaulted multiple times by a 15-year-old male who was also a member of the center. The suit names at least 5 instances of sexual assault. A 15-year-old boy pleaded guilty to first-degree sexual assault charges over one of the alleged incidents. This will mean that the establishment of facts in the case will heavily favor the plaintiff since there was an adjudication of guilt in the matter already.

The YMCA will not be able to claim that the sex was consensual. They will need to fight the negligence claims against their center specifically. We’ll discuss the elements of negligence in a negligent security lawsuit below.

How do you prove negligent security?

Most premises liability lawsuits are difficult to prove. This is largely because plaintiffs must allege that the defendant had foreknowledge of a potential danger before it occurred. Once a violent act occurs on a premises, the owner or property manager is placed on notice that they need to step up security. When they fail to step up security and someone is injured, you have the elements necessary to prove negligent security.

In this case, the YMCA claims that they immediately contacted police after the assault and cooperated with authorities during the investigation. They further turned over a video of the alleged assault to authorities which was used to convict the perpetrator.

The plaintiffs have a strong case. While no proprietor can be expected to stop every assault that occurs on their property, they do have a duty of care to ensure the safety of guests, even adult guests, on their property. The duty of care to children is much stronger. There is an expectation of supervision. In this case, there was none. The plaintiffs should win this case.

Gillette Law represents the interests of those who have been assaulted in their apartments, out in public, or at organized youth activities. Call our Jacksonville personal injury lawyers today to schedule a free consultation and learn more about negligent security lawsuits.