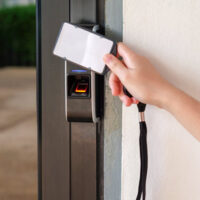 A university is being sued after two armed assailants broke into a college student’s apartment and shot him to death. According to the plaintiff, they were able to access the university apartments because security technology that should have locked the doors from the outside malfunctioned, failed, or the assailants were able to hack their way through it. Either way, the fact that the assailants had access to the students is a major problem for the university. Had the outdoor security been functional, the assailants would not have had access to the student who they shot and killed.

The lawsuit is being filed under a theory of negligent security. The university is blamed for failing to protect students from the public and allowing one of their students to be killed due to malfunctioning security alarms and locks. Neither defendant, in this case, is a university student. Despite that, they were easily able to gain access to the student apartments where the defendant was asleep.

Allegations against the university

The plaintiffs allege that the university knew that there was an ongoing problem with non-residents being able to access the dorms. This created a perfect situation for armed assailants to enter the dorms. Since the university knew about the ongoing security issue, they are liable for any injury or death that occurs due to their failure to keep the dorms safe. Both assailants have been charged with murder with one accepting a plea and the other being convicted. The one who accepted the plea will be eligible for parole in 15 years. It is unclear if the individual who stood trial will enjoy a future possibility for parole.

The family is seeking both compensatory and punitive damages. That means that they are alleging that the university was grossly negligent for their failure to secure the dorms.

Landlords, hotels, restaurants, clubs, and even Walmart owe a duty of care to those invited onto their premises for their personal financial benefit. In this case, the lawsuit overlaps most closely with landlord liability claims. Landlords are responsible for ensuring that there are adequate locks on doors that prevent the public from easily gaining access to your rental property. In most cases, the landlord must be aware that there is a problem before they become liable.

In this case, the plaintiffs have alleged that the university was aware that unwanted individuals had access to the dorms. They failed to act and this resulted in the death of a student. Since they are the student’s landlord, they are responsible for his death. The security protocols they had in place were not being used effectively. Had they been, the student would still be alive.

If you are attacked in your apartment, hotel room, or somewhere in public, you may be able to file a lawsuit against a property owner who negligently handles security problems. Call the Jacksonville personal injury lawyers at Gillette Law today to schedule a free consultation and learn more about how we can help.

By Gillette Law, P.A. | Posted on May 10, 2022
« Family Investigating Death Of Teen Who Fell From Ride
Hospital Ignores Requests For Medical Records After Child’s Death »