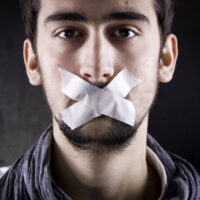 In case you’re unfamiliar with this story, this is a brief summary. A worker at a Publix deli fell ill with the coronavirus and later died of the disease. The employee he was working next to showed up to work with symptoms of the virus. The two workers were required to work in close proximity to one another. Lastly, the family claims that Publix had a policy of preventing their employees from wearing masks on the job. Publix vehemently denies that claim.

In a brief issued to the court, Publix claims the allegations are “littered with inflammatory and wholly unsupported rhetoric.” However, if Publix had a policy of preventing employees from wearing masks against CDC recommendations, then Publix is wholly liable for the man’s death. Publix is hoping to prevent the plaintiffs from making their allegations known. Publix believes the plaintiffs are using the media to influence the potential jury pool.

The order would prevent the plaintiffs and their lawyer from discussing the case.

Publix said that at the time, they were following CDC protocols that generally discouraged mask use by the general population. Indeed, that was a very short part of the narrative until the lockdown. Debate over whether or not masks can be employed safely and effectively was a key area of concern. However, the CDC finally settled on masking requirements. So, basically, Publix is blaming the CDC for their policy of not allowing employees to wear masks while on the job.

However, Publix did not have an official mask-wearing policy until April, a full month after the lockdown. Additionally, Publix did not enforce other CDC requirements even as other grocery chains were ensuring that the number of people in their stores was kept to a minimum or enforcing social distancing requirements.

The issue is complex and will go before a jury. In a personal injury lawsuit, unlike a workers’ compensation claim, the plaintiff must prove that the defendant was negligent.

If you’ve been injured due to the negligence of another person, you are entitled to file a lawsuit to recover damages related to your injuries, medical expenses, lost wages, and decreased quality of life. Call the Jacksonville personal injury lawyers at Gillette Law today to learn more.