Mother Drops Wrongful Death After Son Is Shot Outside Of Restaurant 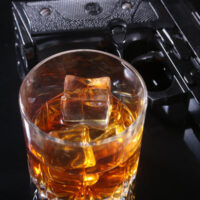 A young man was shot and killed after defending his black friend from a tirade of racist comments. The shooter was indicted and found guilty of first-degree murder for the attack. However, the young man’s mother filed a lawsuit against two restaurant-bars that she says overserved the irate racist alcohol. Neither bar admitted to serving the man alcohol nor knew that he had a weapon on his person when he entered the premises. At least one of the bars took the steps to remove the racist from the premises.

For that reason, the mother has dropped the lawsuits against the bars.

Lawsuits against bars are very hard to win in Florida. You have to be able to prove that the bar knowingly served alcohol to someone who they knew had alcohol addiction problems. The only other scenario in which a bar can be held liable for the conduct of an inebriated customer is when the customer is under the age of 21.

Since these laws are decided on the state level, each state has different rules when it comes to “dram shop” lawsuits. In other states, a bar cannot serve a patron who is “visibly drunk”. In either case, the plaintiff must be able to prove what the bar or bartenders knew at the time they served the alcohol. Florida makes it very hard to file and win these lawsuits. In this case, the lawsuit was not filed in Florida, but the elements required to prove negligence were still not met.

The mother claimed that two bars had overserved a drunk patron alcohol. On the basis that the patron was visibly drunk and out of control at the time, the mother filed a lawsuit, but was unable to find any evidence that her allegations were true during the discovery process. Generally, that wouldn’t happen. There would be evidence that the patron was being served alcohol on surveillance or some other form of witness testimony to corroborate the plaintiff’s story. In this case, neither bar appears to have provided any evidence that they served the patron alcohol. One of the bars attempted to remove the man from the premises when he was acting up. In other words, they exercised reasonable care in dealing with the drunk patron. They are, therefore, not responsible for the shooting and it is the sole liability of the man who fired the weapon.

Unfortunately, that man does not have any money. So a lawsuit against the now-incarcerated shooter is unlikely to provide any financial incentive. Since he has already been found guilty of the murder and is spending the rest of his life behind bars, there is no sense in continuing to file a losing lawsuit.

The Jacksonville personal injury lawyers at Gillette Law file plaintiff’s claims against negligent defendants. Call our office today to schedule a free consultation, and we can begin discussing your options today.