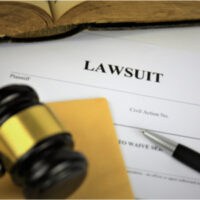 The Breonna Taylor incident is terrifying. Police were able to get a no-knock warrant after a judge reviewed their petition for 12 minutes. The only evidence they had linking Taylor to any crime was her association with a man they held in custody who was a drug dealer. The police erroneously believed that Taylor was receiving packages for the man in custody, but a report from the Postal Service said there were no suspicious packages being delivered to Taylor’s home.

What happened next differs depending on who you believe. Since no one believes the police officers, let’s focus on what they said. They issued a report bereft of details claiming that they identified themselves as police before breaking down the door. Since they petitioned the judge for a no-knock warrant, something they didn’t have to do if they announced themselves, that story is largely unbelievable.

Police charged Taylor’s boyfriend with attempted murder, charges that were later dropped. He fired one warning shot through the bottom of the door that struck an officer’s leg. Neither Taylor nor her boyfriend had a criminal record leading many to wonder how it was so easy for police to obtain a no-knock warrant.

Aside from the social ramifications and protests, the City of Louisville passed Breonna’s Law which banned no-knock warrants. The city also recently announced that it will pay Taylor’s family $12 million in damages after her family filed a wrongful death lawsuit against the city.

Typically, settlements of this type are capped by sovereign immunity rules, but the city, perhaps sensing that there could be prolonged unrest if the Taylor family wasn’t made whole, authorized the $12 million settlement.

Thus far, however, none of the three police officers who executed the warrant has faced criminal charges. One has been reassigned, another fired, and another faced no repercussions at all. However, a grand jury has been empaneled to discuss the situation and the charges against the officers and criminal charges may be forthcoming. The investigation is being conducted by the state’s attorney general.

Sovereign Immunity and Lawsuits Against the Government

Lawsuits against the government are particularly hard to win. Not only does the government impose procedural requirements on any attorney filing a lawsuit, but it limits its own liability, usually somewhere around $200,000. In order for a verdict or settlement to come in at $12 million, the legislature must authorize it. But most individuals filing these types of claims don’t have any type of leverage.

In this case, Taylor was among the most visible faces of the Black Lives Matter movement. She herself had done nothing wrong and the ensuing raid of her home turned up no drugs. Taylor was asleep in her bed.

If you’ve been injured or lost a loved one to an act of negligence or malice, call the Jacksonville personal injury attorneys at Gillette Law today to discuss the process of holding that individual accountable.