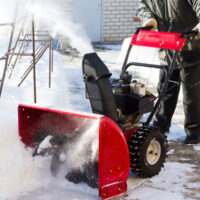 An incident involving a snow blower sent a man to the hospital where he died of his injuries, according to a recent lawsuit filed in Maine. The plaintiff was struck in the abdomen by the snow blower’s handle and suffered a ruptured spleen. The family has filed a wrongful death and medical malpractice lawsuit against the hospitals that attended to his father claiming that they failed to properly diagnose him and a delay in treatment led to his death.

For six days, the plaintiff did not realize there was anything seriously wrong with him. But after, he began experiencing pain in his abdomen. He called his primary nurse who advised him to go to the emergency room. He made two trips to the emergency room, and on the second trip, he was transferred to another hospital where he died.

The family has named both hospitals in the lawsuit and claims that a failure to accurately diagnose the ruptured spleen resulted in a delay in care that could have saved his life. The hospital offered condolences to the family but stands behind the quality of care they provided.

In this case, the family holds the hospital accountable for failing to make a timely diagnosis on his ruptured spleen. The plaintiff made matters worse by not seeking medical attention immediately until he began suffering symptoms of pain. The hospital would have been expected to check the area where the snow blower caused trauma to determine if there were any internal problems. In this case, there was a ruptured spleen.

To win a misdiagnosis, failure to diagnose, or failure to timely diagnose, you need to establish a few elements. Firstly, a similar doctor in a similar position would have considered the proper diagnosis and either established it or at least tested for it and eliminated it based on sound medical reasoning. In this case, we know so little about what happened once the plaintiff got to the emergency room, that we can’t comment on the quality of care he received. We can, however, speculate that the plaintiff would have bruising where the snow blower struck him and that bruising would have provided a clue as to what was wrong with the plaintiff. So, if they failed to check the area where the bruising was, we can safely call this suit in favor of the plaintiff.

Spleen ruptures occur as a result of blunt force trauma to the abdomen. A small tear in the spleen can result in the body failing to filter old blood cells and reduces your body’s ability to fight infection. Without emergency treatment, internal bleeding caused by a ruptured spleen is life-threatening. One would expect that the attending doctors had enough information to consider a ruptured spleen. However, we don’t know what the patient told the doctors or if they considered a different diagnosis based on sound medical reasoning. Either could complicate the plaintiff’s case.

If you’ve been injured due to the negligent practice of medicine, you may be entitled to seek compensation for your injuries and hold the negligent parties accountable. Call the Jacksonville personal injury attorneys at Gillette Law today and we can begin preparing your cause of action against the negligent party.