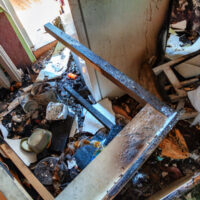 An investigation is underway into what caused a 2019 apartment explosion in Jacksonville that sent seven people to the hospital. The U.S. Department of Housing and Urban Development along with the U.S. Department of Transportation are looking for regulatory violations that could have led to the explosion. Personal injury lawsuits have been filed as well, but the status of those might depend on the investigations conducted by the two federal agencies.

According to the lawsuit, a Jacksonville family reported the smell of gas in their apartment four times. Each time, nothing was done about the issue. Eventually, the apartment complex exploded injuring primarily the family that reported the smell of gas. However, others were injured as well. Luckily, no one died in the explosion, but the family suffered significant burn injuries including a toddler who had burns over 40% of her body. The toddler’s mother sustained burns over 80% of her body after she went back into the home to recover all her children. She spent the better part of a year in the hospital, part of which she spent in a medically-induced coma. Her medical bills are over $1.8 million.

The landlord is responsible for the injuries that led to the explosion. According to the family, they phoned in the smell of gas in their home four times. Maintenance workers showed up twice but did not address or correct the issue. Eventually, the buildup of gas within the home ignited and resulted in the explosion. The safety devices such as carbon monoxide detectors, which should have caught the leak, failed to warn the family in time. There was no fire extinguisher on the property at the time of the explosion. Both would be building violations. The plaintiffs also contend that the property manager failed to replace a dangerous or defective gas appliance that had been leaking gas into the apartment.

Additionally, the gas company conducted two inspections of the property. They only said that if there were any leaks, they would have been reported to the company’s management team. They did not say if they found a gas leak or not.

After the explosion, the gas company cut service to the buildings. Numerous safety violations were found. The 28 families occupying those buildings had to be relocated after the fire. Since the explosion, a HUD spokesperson said that the facility has undergone renovations.

The presence of regulatory building code violations is a nail in the coffin for the property owner. The building code violations led to the inability to conclusively detect the presence of gas in the air. The failure to have a fire extinguisher on hand made it impossible for the family to protect themselves from the fire. Ultimately, liability for those failures, and others, falls on the company. If the company is later found to have not acted on the gas company’s report, then punitive damages may be in play as well.

Landlord liability claims involve injuries caused to tenants due to building code violations and other forms of negligence. The Jacksonville personal injury attorneys at Gillette Law can help you and your family get the recovery you need to move forward with your lives in a financially sustainable position. Call today to learn more.