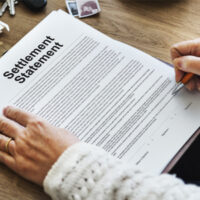 The family of a University of Connecticut student who was run over by a campus fire safety truck has recently settled their wrongful death lawsuit against the school for a reported $1 million.

The victim, a 19-year-old sophomore, had fallen asleep in front of a fire department garage door in a drunken stupor after drinking that night at an off-campus party. One of the fire department’s SUVs accidentally ran the girl over after responding to a false alarm.

The university decided to settle the case for $1 million.

Defendants in the Lawsuit

The parents of the victim sued the school, the fire department, and Kappa Sigma fraternity who apparently hosted the party where the underaged student was served alcohol. Further allegations aimed at the driver of the vehicle were dismissed by the judge since the driver was acting in his duty as an employee of the fire department.

There were six Kappa Sigma students who were arrested in connection with the death. They will face charges of supplying alcohol to underage students. They received probation for the charges and their fraternity was expelled from the university.

It’s unclear what would have happened had this case moved to trial. While the victim was only 19 years of age, she was partly responsible for imbibing the alcohol that caused her to pass out in front of the fire station which resulted in her death.

The plaintiffs were able to lay the blame on the university which facilitated the illegal drinking and the fire department for failing to recognize there was a girl passed out in front of their garage before running her over. If the case had made its way in front of a jury, the jury award could have been much higher but more of the blame may have fallen on the victim.

Securing $1 million in a settlement from the named defendants is not bad for a case like this where liability is uncertain to fall wholly on one or the other party. So securing a $1 million settlement in this case is good legal work.

If you’ve been injured in an accident, it could be that someone else’s negligence contributed to that accident. If that’s the case, you are entitled to file a lawsuit against the negligent party. Call the Jacksonville personal injury attorneys at Gillette Law to schedule a free consultation.