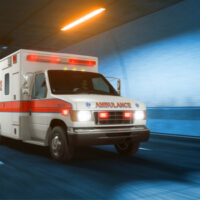 Nicole Black filed the lawsuit after she found her daughter collapsed on the floor in the early hours of the morning on July 4, 2018. Crystle Galloway had just given birth two weeks prior to the incident. Black called an ambulance at 3 a.m. upon finding her daughter. Dispatchers classified the call as a “stroke/cerebrovascular attack.”

When paramedics arrived, they found Galloway vomiting and drooling. The assumed Galloway had too much to drink. Her mother ended up driving her to the hospital. On the way there, however, Galloway began experiencing seizures. They arrived at a Temple Terrace emergency room which was not equipped to treat stroke victims. Galloway had to be flown to Tampa General Hospital where she slipped into a coma and died five days later.

After news broke of the incident, all four paramedics who arrived on the scene were disciplined. The individual in charge of the scene was fired and then rehired after an attorney argued that he should have not been disciplined more than the others. The rest were suspended without pay and demoted.

In sworn depositions, the medics described how they violated several department policies. In some cases, they offered testimony that conflicted with previous testimony. The official documentation stated that the call was either canceled or “no patient was found”.

Since the EMTs are employees of the county, sovereign immunity laws apply. That means that the plaintiffs are generally restricted to a $300,000 damage cap. In cases of egregious misconduct like the aforementioned, the plaintiffs can petition the legislature to give more than the damage caps allow to the grieving family. That’s what’s happening here.

The $300,000 will be paid immediately to the estate and loved ones of Crystle Galloway while the legislature approves the $2.75 million settlement authorized by the arbitrator.

The arbitrator who oversaw the case found that the individual in charge of the team made false or contradictory statements during the deposition. He also found that the medics should have taken the patient’s vital signs and then transported her to a hospital.

The nature of strokes is that the earlier you treat them, the better the outcome. So time was of the essence here and the plaintiffs wasted a lot of it dealing with a non-complicit ambulance crew and then going to the wrong hospital.

Had the EMTs checked her vitals, she would have likely been taken to the correct hospital immediately where she may have survived the incident without permanent brain damage.

If you’ve been injured by the negligence of another person, you are entitled to sue that person and recover damages related to your medical expenses, lost wages, and pain and suffering. Call the Jacksonville personal injury attorneys at Gillette Law today to schedule a free consultation and learn more about how we can help.

By Gillette Law, P.A. | Posted on July 22, 2020
« Family of University Student Hit by Vehicle Wins $1M Settlement
Are Companies Responsible for Workers Who Get Coronavirus? »