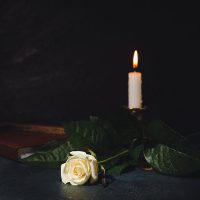 The family of the late great Bill Paxton who was famous for his roles in Frailty and Aliens filed a wrongful death/medical malpractice lawsuit against the anesthesiologist who administered during his heart surgery. The family has received a partial settlement of $1 million from the anesthesia company that provided services during Paxton’s heart surgery. The trial against the other named defendants is set to proceed. The anaesthesiologist denied any wrongdoing but stated that the settlement was to avoid the protracted costs of litigation.

This lawsuit has been filed under the theory of “failure to warn”. Essentially, the family claims that the attending surgeon failed to disclose the risks of the procedure to Paxton prior to the surgery. They further claim that he used an experimental method with which he had little experience, and this ultimately exposed Paxton to more risk than a reasonable person would have accepted if they knew all of the details. Essentially, they’re claiming that the doctor undersold the risks and oversold the benefits resulting in Paxton’s death.

The doctor is also faulted for failing to follow up with Paxton after the procedure. Paxton immediately suffered distress and there was a delay in diagnosis and remedy because the doctor was not in the hospital at the time. This resulted in a series of surgeries to attempt to save Paxton’s life, but ultimately, they failed. The family claims Paxton’s death was preventable and negligence accounts for his untimely demise.

Failing to disclose the risks of a procedure to a patient prior to recommending that procedure would be closer to medical battery than medical negligence. If a patient goes into a procedure thinking that it’s routine, their doctor has performed it hundreds of times before, and this will extend their lives, then it certainly undermines the concept of medical consent when you lie to the patient, conceal potential risks, or otherwise oversell your ability to perform the procedure. In other words, you can’t consent to the procedure if you don’t fully understand the risk/benefit splits.

Secondly, the surgeon is accused of negligence for failing to follow up with his patient after the surgery was complete. The family claims this resulted in a delay in diagnosis that could have prevented Paxton’s death. However, since the surgeon was nowhere to be found, the hospital had to wait until the surgeon arrived to diagnose Paxton.

The doctor will likely argue that he would have died anyway and that his negligence did not contribute to Paxton’s death. He will argue that the procedure was risky, the family and patient were informed concerning the risks, and the patient consented to the procedure knowing the risks. At least one defendant has chosen to settle instead of making that argument before a jury.

If a doctor fails to render the prevailing standard of care for the profession, then they may be sued for medical malpractice. Call the Jacksonville personal injury lawyers at Gillette Law today to schedule a free consultation and learn more about how we can help.