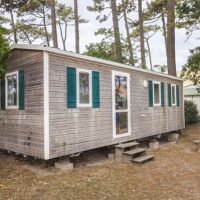 While Black Folk aren’t the only ones who are killed by police officers, incidents involving Black suspects tend to be disproportionately represented. That doesn’t mean that white folks don’t also get killed, maimed, and otherwise have their rights violated by police officers. It just tends not to make headlines. But in this case, you have deputies facing manslaughter charges and an irate family that is looking for justice.

According to the police report, two officers approached a mobile home demanding access to the domicile. They were looking for a fugitive. The man who owned the home denied them entry. That is when the police officers became aggressive. The man insisted that there was no fugitive in his home. Police didn’t believe him. They wrestled him to the ground, restrained him, and he eventually died.

Here’s the problem. The police had no right to enter the home without a valid warrant or probable cause. It entry was illegal. If the man denies police entry into his home, they have to respect that request unless they have a warrant for a judge, or probable cause indicating that there is an active crime in progress.

The police officers say they were searching for a fugitive when an unruly man didn’t follow orders. Unfortunately for the police, he was under no compulsion to follow their orders. Nonetheless, they have pleaded not guilty to the charges. The police officer will opt for a bench trial. The wrongful death lawsuit filed by the sons of the victim will have to wait until the trial is over. However, if the prosecution wins a conviction, it will herald a win for the plaintiffs as the question of whether or not the officer was culpable for the death would already be established.

This is certainly a tragedy. The man initially cooperated with police allowing him to search his mobile home, but when they demanded to search a second home on his property he demanded that they leave. At that point, the police had a duty to leave at the man’s request, but instead, went full bully and pounded him up against a wall. The victim, who suffered from heart disease, had a heart attack and died. Since the police officers had no right to be on the property or lay hands on the man asserting his rights, the man was fully in the right to demand they leave. In other words, the police didn’t know what they were doing or understand the law and now they are facing homicide charges as a result of that failure.

Meanwhile, the district is going to be sued for negligent hiring and retention and the vicarious liability incurred when an officer breaks the law. There is no way around this suit since the officer was not following the law when he laid hands on the victim.

Even if the officer is acquitted of charges in criminal court, he will still face the wrongful death lawsuit. Since the standard of proof is lower in civil court, a verdict for the defendant would not quash their case. A verdict for the prosecution, however, would render the case nearly impossible to defend.

If you have been injured due to the negligence or malice of a police officer, you may be able to file a lawsuit against the officer and district and recover damages related to your medical expenses, pain and suffering, and lost wages. Call the Jacksonville personal injury lawyers at Gillette Law to learn more.