Can You File A Lawsuit Against Social Services If A Child Dies? 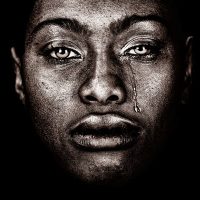 Had this question been asked at any other time, I would have responded ‘no’. It was traditionally almost impossible to hold a government official responsible for something they did not do. In fact, general negligence lawsuits against the government are usually not permitted. The rules stipulate that neither a government employee nor the government cannot be held liable for general negligence while in the execution of their duties. This includes police officers which is why the Parkland parents are having such a difficult time settling their lawsuit. However, when it comes to excessive force lawsuits, the plaintiff can argue that the officer was in violation of department policy and was thus acting outside the aegis of their duties. That is why excessive force lawsuits are permissible but a failure to act lawsuit would not be. This rule also prevented the vast majority of suits against social services.

However, there have been a growing number of lawsuits filed by parents against various child protective services agencies across the country. These lawsuits claim that CPS either intervened and did not take the correct action or failed to intervene when necessary. These lawsuits are permitted to move forward depending on what state you live in. A growing number of lawyers are finding ways to move these lawsuits forward in the courts. Below, we’ll discuss some of the cases and the legal theories they are filed under.

There are two separate cases that have been allowed to move forward by federal judges. In both cases, there was ample evidence of abuse by one parent that was reported by the other parent. CPS and related individuals, including attorneys acting as guardian ad litem are named in the lawsuit. However, the suits against CPS are the ones that interest us here. In order to hold a government actor accountable in civil court, you must establish that they violated the law, policy, or their training. In these cases, the government workers are blamed for failing to report abuse to law enforcement after they became aware of it. In both cases, a child died.

In the first case, the boy was killed by his mother and found in the trunk of her car. The father had warned authorities that his former wife was mentally unstable, had a current drug addiction. Her own father testified that her child was in danger prior to his death. Nonetheless, CPS failed to act and the child was killed. Now a lawsuit is moving forward against them because they failed to report evidence of abuse to the authorities.

A second lawsuit has a similar ring to it, but involves the torture of an autistic boy who was left in sub-freezing temperatures by his sadistic father. The mother had outlined a history of abuse including a flash drive of 320 specific instances of abuse against the boy. Instead, the father turned the allegations around on the mother and claimed that she was abusing the boy. CPS advanced the father’s agenda at one point, allegedly fabricating abuse against the mother. The boy was found frozen to death in his father’s garage.

Both lawsuits have been advanced despite legislative hurdles.