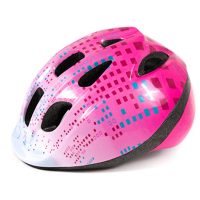 The lawsuits against the two companies make very different allegations. The e-bike company is being sued for unlawfully marketing its products to children. While the owner’s manual states that the e-bikes are designed for those 18 years of age and over, the website shows children on the e-bikes. The precaution can be found on page 47 of 58 in the operator’s manual. Nonetheless, the website contains several reviews by adults who purchased the bikes for their children. There is also a second allegation involving the bike’s brake system. The girls were injured as they ascended a steep incline on a hill. The bike began to wobble and shake and eventually, the driver lost control causing the accident. The driver sustained numerous cuts and bruises, but the passenger sustained a serious head injury and never regained consciousness.

The second element of the lawsuit accuses the helmet company of manufacturing a defective helmet. The suit alleges that the helmet cracked when the girl’s head struck a hard object.

Design flaws in the e-bike are center stage in this lawsuit. The plaintiffs contend that the bike was dangerous for road use as it had stability problems related to the distance between the steering axis and the front tire. The plaintiffs claim that it makes the bike dangerous at high speeds. The other design flaw is related to the braking system which the plaintiffs contend can fail after a rider performs a hard stop. It is unclear that either of these issues accounted for the cause of the accident that took the girl’s life.

The last element of the case against the e-bike company makes the argument that the e-bike is illegally marketed to children and their parents. The website, in particular, appears to advance the notion that the e-bike is a great gift for children. However, the owner’s manual attempts to limit the company’s liability by stating that (in the small print) the bike is designed for those 18 and over.

The plaintiffs must be able to connect these allegations directly to the death of their loved one. A design flaw in a wrongful death is only actionable when it directly or proximately causes the death of a customer.

Has your child suffered an injury due to a dangerous product? Call the Jacksonville personal injury attorneys at Gillette Law today to schedule a free consultation and discuss your lawsuit in more detail.

By Gillette Law, P.A. | Posted on December 2, 2022
« Overpass Accident Results In Wrongful Death Suit
Can You File A Lawsuit Against Social Services If A Child Dies? »