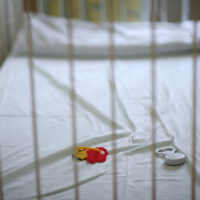 Social workers and caseworkers are government employees. The government passes laws that “permit” injury lawsuits to proceed against them, but actually limit damages, limit the types of allegations you can make, and prevent a large majority of personal injury lawsuits based on negligence from proceeding to court. For example, a police officer who beats a suspect in the line of duty may be entitled to immunity if the cause of action is based on negligence. If the cause of action is based on a failure to conform to department policy or conduct outside the aegis of their employment, then they can be individually held liable and the state can be held liable for their conduct.

Essentially, the court was tasked with deciding whether or not a reckless and wanton exception to the state’s sovereign immunity laws would require a plaintiff to make a pleading that alleged something more than negligence. The court held that the plaintiffs did not have to plead more than negligence for this case to move forward.

A two-year-old girl was placed back into the custody of her parents after showing up at the hospital severely malnourished with signs of muscle wasting and abnormal skin discoloration. Despite open and obvious signs of abuse, the child was returned to her mother. A caseworker later returned to the home, and found the child sleeping in a crib. The child died three days later. Prosecutors alleged that the child was starved, abused, and locked in a bathroom. Two case workers resigned after the girl’s death. The mother is serving 15 years to life in prison.

While the lawsuit was reinstated, the plaintiff must still prove that the caseworkers’ conduct was wanton, reckless, or devoid of care. In other words, they don’t have to make a pleading of recklessness or wantonness for the case to proceed to a jury, but once the case reaches a jury, the jury will be making a decision based on whether or not the caseworkers’ conduct was reckless, wanton, or devoid of care. In other words, the plaintiff cannot win this case based on proving simple negligence, as is the case in most states.

If you’ve lost a loved one or been injured yourself due to the negligence of another party, you are entitled to recoup damages related to your injury. Call the Jacksonville personal injury attorneys at Gillette Law today to schedule a free consultation and learn more about how we can help.