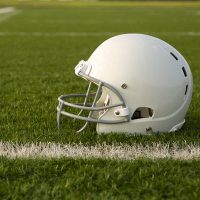 The NCAA is facing a lawsuit filed by the wife of a former NCAA player. The allegations are familiar. The wife claims that the NCAA failed to protect her husband when he was an athlete at USC. She believes that the concussions he suffered while playing football there led to chronic traumatic encephalopathy (CTE) which later led to his suicide. The trial is slated to begin this week with opening arguments televised. If successful, the plaintiff could hold the NCAA accountable for injuries and deaths related to concussions.

What does the NCAA have to say?

If you ever sue anyone for an injury, you should be prepared for two things. Firstly, they will blame you for causing your own injury. Second, they will confuse your injury with other injuries you may have sustained to make it more difficult for the jury to determine if their negligence caused your injury.

In this case, the NCAA is doing both. Firstly, they are stating that the plaintiff’s death was more closely related to a substance abuse disorder than CTE. We know that substance abuse disorders and CTE are not mutually exclusive. You can have both. So, that’s a matter of confusing the issue. Many individuals who develop CTE use substances as a way to self-medicate their emotional problems which are caused by brain damage. Substance abuse can be seen as an indicator of CTE. An autopsy can reveal the extent of CTE on the brain.

The NCAA further states that (pay attention) 1) the NCAA isn’t liable because no one knew the risks of CTE and 2) the football player knew the risks when he agreed to play football.

A careful reader will note that the two statements cannot both be true at the same time. If the NCAA and its doctors had no idea how dangerous CTE was, then how was a player supposed to “know the risks”? Juries really don’t like arguments like this because when they put two-and-two together, it sounds like they’re getting balderdash. Juries don’t like balderdash. It’s a bad argument.

Nonetheless, there is some merit to the notion that the NCAA and its doctors did not understand the full extent of CTE until the last ten years. However, the plaintiffs contend that the NCAA had seen multiple instances of players getting permanently injured from head trauma and did not warn players or attempt to protect them.

I’m inclined to believe the plaintiff who is not trotting out self-annihilating arguments and placing a greater burden on a player to understand the risks of a medical condition than their own doctors. If the plaintiff can establish through medical testimony that the player had CTE, then it should be game over for the NCAA.

Gillette Law represents the interests of those who have sustained injury due to negligence. Call our Jacksonville personal injury lawyers today to schedule a free consultation and learn more about how we can help.