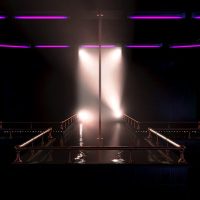 A drunk teen at a strip club got into a fight with three men for unknown reasons. Video surveillance shows the men punching and kicking the teen prior to his death. However, the teen ran from the strip club and never returned home. Two days later, his body was later found. Amid protests and calls for the men involved in the confrontation to face murder charges and the strip club to be shut down, an autopsy concluded that the teen died of acute alcohol poisoning, hypothermia, and drowning—and not from direct trauma related to the assault. The autopsy noted “faint” contusions on his face but no evidence of traumatic brain injury or anything else that could cause premature death.

An attorney for the defendants says that his clients are being scapegoated by the community when they were just involved in a brief confrontation with an unruly underage guest. They maintain that while the death is tragic, the men did not cause the death of the teen. His own actions caused his death. The three men are still in jail and have been since the death occurred. The autopsy report appears to exonerate the men of murder charges.

Lastly, the defendants maintain that the autopsy was completed in March, yet the state only recently (as of June) turned over the ME’s report. In other words, their clients were rotting in jail for 3 months while the state sat on the report exonerating them. While the men are unlikely to face charges for the teen’s death, the strip club is not so lucky.

Strip clubs and other bars have a duty of care to ensure the safety of their guests. In this case, they served minor alcohol, allowed him to get so drunk that he literally died, and stood by while he was getting beaten by three men at the bar. Since the strip club is responsible for getting the teen drunk, they can be held liable under the law so long as the plaintiffs can prove they either knew the teen was underage or made no effort to card the teen. Alternatively, if the teen presented a really bad ID card, the establishment could be held liable for serving him.

Anger concerning the teen’s death continues to mount and the family is looking for someone to blame. It seems likely that the murder charges filed against the three men will be dropped. Then it comes down to whether or not the strip club can be held liable for the death.

The second element of the suit involves security issues with the men. Since the teen is dead from an unrelated cause, a lawsuit claiming injuries would be quashed for lack of a plaintiff. If the teen’s death was caused by the men, the family could file a wrongful death lawsuit.