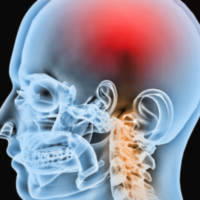 If you think your job’s hard, try proving that a rock star’s brain damage is the result of medical malpractice and not years of heavy partying and drug abuse.

A rock star from a well-known band has alleged that his brain injury was the result of medical malpractice and has filed a lawsuit against the hospital that rendered care. The rock star went to the hospital complaining of altered mental status and a possible seizure. The rock star had a history of alcoholism and hyponatremia, a condition denoting low sodium levels in the body. The rock star was discharged from the hospital but returned three days later after suffering a seizure. He suffered a second seizure at the hospital. Several MRIs were performed which resulted in a diagnosis of central pontine myelinolysis brain damage, a condition caused when sodium levels in the blood are raised too rapidly.

According to the rock star and his family, the hospital should have known that since the rock star had a history of alcoholism that his sodium levels should have been raised gradually as opposed to quickly. While central pontine myelinolysis brain damage may seem strange to you, doctors who elevate the sodium levels of alcoholics understand well that the sodium levels cannot be increased quickly. The mistake was therefore avoidable and beneath the prevailing standard of care for the industry.

Elements of negligence in a medical malpractice lawsuit

Attorneys for the plaintiff say that he suffered permanent brain damage as a result of the medical care he received and it may impact his ability to play music and his financial security. They are therefore asking for damages related to the cost of his medical care, the ongoing cost of his new seizure disorder that resulted from the quality of care provided him, pain and suffering damages related to his decreased quality of life, and loss of potential income.

If you were injured due to the negligent practice of medicine, you are entitled to recover damages related to your injuries. Call Gillette Law today to schedule a free consultation with a Jacksonville personal injury attorney.