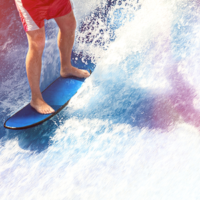 The parents of a 6-year-old boy who drowned in a Daytona Beach wave pool have filed a lawsuit against Daytona Beach alleging that the park was negligently staffed and this contributed to the death of their son. The lawsuit states that Daytona Beach owed a duty of reasonable care to patrons of their park—a duty which they failed to render.

The boy was swimming in waist-deep water when the waves were turned on. He was swimming with his father and 9-year-old brother. The boy’s father said he looked away briefly but when he turned back, he did not see his younger son. He assumed that the boy had gone back to the playground.

Shortly thereafter, a man exited the pool carrying the limp body of a small boy. The man attempted to perform chest compressions and lifeguards attempted to get him breathing again, but they were unsuccessful.

The plaintiffs blame the park for failing to warn patrons about dangerous conditions on the premises, failing to adequately staff the area with sufficient lifeguards, and for failing to train lifeguards or having a policy in place for administering life-saving treatment to drowning victims.

A plaintiff must establish negligence in a personal injury lawsuit. On a long enough timescale, every pool or pool area will be the site of a death. Sometimes, these are unavoidable. The plaintiffs then have the responsibility of showing what the defendants could have done differently to avoid the problem that caused the drowning.

The plaintiffs will attempt to establish that the park was understaffed for the number of patrons that were present. They will also contend that the lifeguards were inadequately trained to provide life-saving treatment. Attempts to get the boy breathing again failed.

The plaintiffs can use data concerning the optimal ratio of lifeguards to swimmers for a pool of that size. Additionally, small children should not be allowed into a wave pool because they aren’t strong enough to swim against the waves.

In other words, the lawsuit will center on what the park could have done differently to prevent this death. The park will be expected to settle the matter with the parents if they are found to be liable and implement safety measures that prevent drownings of these types from happening again.

If you’ve been injured at an amusement park or on an amusement park ride, the Jacksonville personal injury attorneys at Gillette Law can help you recover damages related to your injuries. Call today to schedule a free consultation and learn more about how we can help.