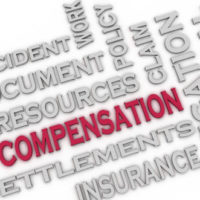 A Georgia jury recently awarded a woman $5 million following an accident that caused permanent injuries to two of her limbs. Patricia Smith was already a left-leg amputee when an accident left her with a crushed right leg that was eventually amputated, and a crushed left arm that she can no longer use. Smith sued the transportation company for negligence, claiming she was not properly strapped into the van that caused her bone-crushing fall.

The accident occurred when Smith was being transported to a dialysis appointment in a van contracted by the company Logisticare. The van drove over a pothole and Smith, who was not strapped into her wheelchair, fell out onto the floor of the van. The fall left Smith able to use only one of her limbs; because she could not properly care for herself, she had to move out of the home she owned and live in a nursing home for three years after the accident.

Who Is To Blame?

Patricia Smith’s driver did not properly belt her into her wheelchair before driving off, which is why Smith fell completely out of her chair. However, Smith thinks Logisticare was also negligent by failing to accurately monitor MIDS, the company they contracted with to provide chauffeur services to patients like Smith. She said the company should have also monitored her driver, who was the same person that drove Smith for three months and failed to secure her seatbelt each time.

Logisticare disagreed, saying it was only responsible for performing spot-checks on the van service to ensure it was compliant with laws. But Smith’s attorneys pointed out that Smith had been improperly strapped in on several occasions for a three-month time span, and yet Logisticare never knew. It was the opinion of Smith and her attorney that Logisticare’s insistence that they were doing everything required of them was just an empty statement, and the accident that left Smith suffering could have been avoided if Logisticare had been more diligent in checking up on their third-party contractor.

After hearing the facts of the case, jurors seemed to agree that everyone was somewhat to blame. The jury placed 36% blame on Logisticare, 54% blame on MIDS, and 10% blame on Smith herself. Instead of awarding the $24 million in damages that Smith’s attorney asked for – $19 million of which was for Smith’s future pain and suffering – the jury awarded $5 million. The jurors did not agree that MIDS acted as an agent of Logisticare, which likely kept the company from receiving the majority blame.

When you suffer from an accident that is not your fault, you should not have to bear that financial responsibility of recovery alone. The case above illustrates how a negligent company’s actions can adversely affect the people who rely upon it for help. If you are left with medical bills, pain, and suffering, call a personal injury attorney right away. The experienced attorneys at Gillette Law, P.A., can help you get financial compensation while ensuring that the wrongdoers responsible for your problems claim responsibility. Call our Florida or Georgia office today.

By Gillette Law, P.A. | Posted on January 31, 2017
« How Georgia Pedestrians Can Stay Safe on the Roads
Driving When Tired Can Be Just As Dangerous As Driving While Drunk »