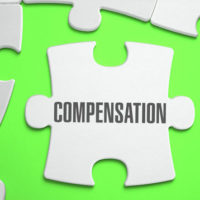 In most personal injury cases, the injured party has the ability to pursue financial restitution for economic damages, including their medical bills and lost wages, along with non-economic damages, including pain, suffering, and mental anguish. However, in some cases, an injured party can also pursue an additional monetary award known as punitive damages.

According to O.C.G.A. § 51-12-5.1, punitive damages may be awarded when there is clear and convincing evidence that a defendant’s conduct was malicious, fraudulent, wantonness, or showed a complete indifference to the health and safety of others.

As the aforementioned state statute indicates, you can only pursue punitive damages in limited circumstances. Below are some examples of factual situations that serve as a reasonable basis for requesting a punitive damage award from a jury:

There are important limits and restrictions on the recovery of punitive damages that you need to be aware of. First and foremost, there is a cap on punitive damages. The most a jury may award is $250,000. No more, no less. Also, if your case is based solely on non-economic damage such a mental anguish and psychological trauma, then punitive damages are generally not available.

Due to the higher evidentiary standards that must be proven to obtain punitive damages, you need to have an experienced personal injury attorney on your side who is ready to take a case to trial and seek all available forms of damages. Contact Gillette Law, P.A. in Brunswick today for assistance.

By Gillette Law, P.A. | Posted on October 30, 2017
« Deadly Collision Between an Amtrak Train and a Truck in Jacksonville
Understanding the Key Differences Between a Wreck Involving a Commercial Truck Versus a Sedan »