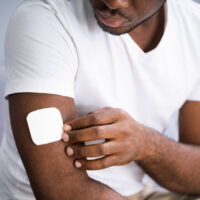 A grieving widow filed a lawsuit against her husband’s doctor and pharmacist alleging that a cocktail of hydrocodone, fentanyl, Xanax led to respiratory arrest, overdose, and death. The wife was working a night shift. When she got back home at around 3 a.m., she found her husband dead.

The lawsuit was dismissed by the circuit court judge after the judge dismissed an expert witness for the plaintiff. The plaintiff’s witness was going to testify that the drugs should have never been dispensed to the plaintiff considering that he worked in a high-heat environment, which the pharmacist and doctor both knew. The expert would have testified that the high-heat environment made fentanyl stronger and weakened the body’s ability to process the medication. When you add in another opioid and a benzodiazepine, you have a perfect cocktail for respiratory arrest. While many would prefer to die in their sleep, most would prefer to live a little longer than the plaintiff.

The court’s decision was plain wrong and will almost certainly be overturned on appeal. The court erred in dismissing, as a point of fact, the plaintiff’s expert witness. A five-second Google search of the matter reveals that working in a high-heat environment while simultaneously wearing a fentanyl patch causes your body to absorb more fentanyl than it should. Since this is a warning that we can find after limited effort, the drug manufacturer has done its due diligence to warn doctors that those working in high-heat environments should not be wearing fentanyl patches. Further, doctors are told to be very, very careful prescribing both benzodiazepines (like Xanax) and fentanyl at the same time since these create an increased risk of respiratory arrest (overdose).

In this case, the judge ruled that the expert witness could not testify that the high-heat environment resulted in a greater likelihood of an overdose despite the fact that three seconds worth of Google searching revealed a generic warning issued by a popular medical website. In other words, the judge decided that there was not enough evidence to support such an allegation. Since there is substantial evidence to support this allegation, and anyone with an internet connection can access this information, the judge was obviously wrong. From the link:

So, why did the judge rule that the expert’s testimony was inadmissible? Was it corruption? Was it ignorance? Was he just sick of hearing everyone argue this case? Was he having a long day? Did he use the right search terms when conducting his Google search?  No one really knows. However, with as much evidence for the claim as exists in the medical ethers, the plaintiff should win their appeal. Then the judge will be stuck hearing the case all over again.

If you’ve been injured due to the negligence of another party or lost a loved one due to someone else’s negligence, call the Jacksonville personal injury lawyers at Gillette Law today to schedule a free consultation and learn more about how we can help.