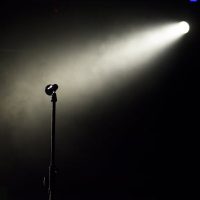 The late Bill Paxton, who was famous for his roles in Frailty and Aliens, died after complications related to a heart surgery at age 61. His family sued the surgeon who performed the surgery and a settlement was announced recently. The settlement came about one month before the case was set to go to trial. The terms of the settlement are confidential.

The lawsuit was filed on behalf of Paxton’s wife and surviving children who blamed Paxton’s doctor for misdiagnosis, negligent care, and negligent treatment. Paxton had gone to the hospital to have valve replacement surgery and repair an aortic aneurysm. The family contended that the doctor lacked the expertise to perform the unconventional surgery and failed to disclose the numerous risks involved. After the surgery was complete, the family faulted the doctor for not arranging continuous care and coverage after he left the hospital following the surgery. The lawsuit alleged that a delay in treatment while the doctor was away, resulted in serious injury to Paxton that could have contributed to his death. The family had previously reached a settlement with Paxton’s anesthesiologists who agreed to pay the family $1 million.

We have a general sense of what the plaintiffs argued, but no specifics as the terms of the settlement are sealed. The family essentially claimed that the doctor was unqualified to perform the surgery he performed and that Paxton suffered as a result of his choice to move forward without a specialist. They further contended that the doctor did not see to Paxton’s continuous care directly following the surgery, which led to a delay in treatment for the complications. Paxton eventually died of a stroke which was determined to be a complication related to his surgery.

Essential to the family’s argument was the idea that the surgeon performed a high-risk, experimental surgery on Paxton for which he was not qualified and failed to disclose the risks to either Paxton or his family before attempting the surgery. The articles do not state if there was a low-risk alternative or what the doctor’s basis for choosing a high-risk “experimental” surgery over a more conventional one. It also does not state what specific mistakes were made that led to Paxton’s death. The article does state that immediately following the surgery, Paxton was in distress and that his doctor was not there immediately to provide aid. He had a series of surgeries to correct complications from the original surgery and eventually died of a stroke.

The case was strong enough to get the issue settled before it went to trial. While the terms of the settlement are sealed, and we’ll never know precisely what happened, we do know that the defendant preferred this outcome to rolling the dice before a jury.

Gillette Law represents the interests of those who have been injured by negligent parties and suffered injury or death. Call our Jacksonville personal injury lawyers today to schedule a free consultation and we can begin preparing your lawsuit immediately.