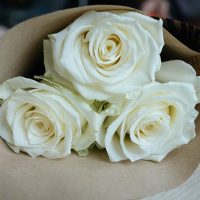 The father of three children who were drowned to death by their own mother filed a wrongful death lawsuit against the county for failing to intervene on the children’s behalf before tragedy occurred. It will be a difficult lawsuit to win based on precedents set that do not require government officials to intervene. Those of us in Florida are privy to this exception under the law vis a vis the Parkland Massacre. A security officer who was a state employee had no duty to intercede on behalf of the children and stop the shooter. Lawsuits such as these that accuse the government of not doing something they had a duty to do almost always end up in losses for the plaintiff. The Supreme Court has ruled that law enforcement has broad discretion on when and how they intervene. Hence, perhaps fittingly, there is no duty of care.

In this case, the situation is complicated. The mother was accusing the father of sexual abuse and retained custody of the children. After she drowned the children to death, she told police that she wouldn’t allow her children to be sexually abused by their father. The father vehemently denies these accusations and states that the mother had been suffering from postpartum psychosis at the time. The mother believed there was a child sex-trafficking ring in her hometown that was targeting her children and that she somehow caused the coronavirus pandemic, among other unlikely delusions.

The father faults the county for allowing his children to remain with a psychotic mother who eventually took their lives.

After the mother began showing signs of psychosis, the father petitioned the county to intervene on the children’s behalf. The county issued an emergency custody order in favor of the father but the mother repeatedly denied the county access to the children. The situation remained as it was for the next two weeks. Despite repeated efforts to get police and CPS to intervene, they were ignored. The calls included an evaluation from a medical doctor who was a cousin of the father.

An attorney for the plaintiff contends that law enforcement and CPS are required to intervene in these scenarios. However, more often than not, CPS and foster care services overlook abuse in households and fail to act before a tragedy occurs.

Will the plaintiffs be successful?

There would be no precedent for a lawsuit involving a claim against the government for what they did not do unless there is an established duty of care. In one case, a woman sued local authorities after her ex-husband absconded with their children and eventually killed them and himself after opening fire on a police station. The woman sued on the basis that the county failed to enforce an active restraining order. She lost.

If you have lost a loved one due to the negligence or malice of another party, call the Jacksonville personal injury attorneys at Gillette Law today to schedule a free consultation and learn more about how we can help.