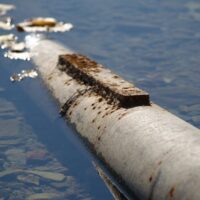 The family of a 10-year-old girl who lost her life in a swimming pool has filed a lawsuit against the property owners of a popular swimming and camping destination. According to the family, the site advertises that it’s a great place to swim, but the family says it’s a death trap that killed their daughter. In this case, the girl was sucked into an irrigation pipe in the man-made lake. The lake, according to the website, is used to irrigate a winery and for recreation.

The family says that there was no grate over the pipe and it was overly large for its purpose making it easy for a human body to get sucked and stuck into the pipe. The grounds posted no warnings concerning potential threats to swimmers. An examination of the girl’s body found that she had died by drowning. There were also compression fractures in her chest area from where she was wedged into the pipe. The girl was sucked through the pipe system, at one point at a 90-degree angle, where she was transferred 70 ft. uphill via the pump mechanism.

As the girl was being pulled into the pipe, her 6-year-old sister attempted to pull her own but lacked the strength to do so against the force of the suction.

The lawsuit filed by the family accuses the property owner of designing and installing the man-made lake and the pumps that caused the girl’s death. They are also responsible for marketing their grounds as a great place to go swimming when it was actually quite unsafe. Further, the site failed to warn prospective customers about the inherent danger of the pipe. The website advertises that the lake is mere steps from a rentable cottage replete with water toys and other activities. The website has been changed since the girl’s death. They no longer advertise the lake for swimming. The pipe appears not to be compliant with state and federal law regulating the size of pipes in swimmable waters.

This lawsuit is filed under a theory of premises liability. A proprietor who invites others onto their property for financial benefit owes the highest duty of care to the invited. They can be held liable for an injury if they knew about a dangerous condition, should have known about a dangerous condition, or caused a dangerous condition to be present on the premises. In this case, the lake was built with an oversized pump that was not protected by a grate. A child was sucked into the pump and died. Since they created the dangerous condition, there is almost no defense they can raise. In a situation like this, where the family is grieving the shocking death of their daughter, the defendants will probably not want the case to see a jury. It is therefore likely that a sizable settlement award is likely.

If you’ve been injured due to the negligence of a property owner, you can file a lawsuit to recover damages. Call the Jacksonville personal injury lawyers at Gillette Law today to schedule a free consultation and learn more about how we can help.