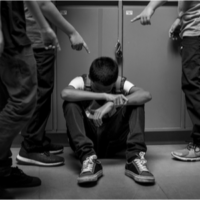 The parents of an eight-year-old boy who was relentlessly bullied have filed a lawsuit against a Cincinnati school district after the boy took his own life. In Ohio as in Florida, school districts are protected by sovereign immunity if they are government schools. However, most states allow lawsuits to move forward if the threshold of negligence is considered “gross” or the government employee’s conduct was so reckless that it made some kind of incident inevitable.

The parents allege that the school district’s indifference to the bullying that their son was facing constituted negligent and intentional infliction of emotional distress and failure to report child abuse.

This is Not About Hurt Feelings

The parents contend that the bullying their son suffered was so extensive that, in one case, he was knocked unconscious by a bully. The next day, the child was kept home from school, but the day after that, he suffered more bullying when another student took his water bottle and flushed it down the toilet. Later that evening, he took his own life.

The parents contend that the school district both attempted to downplay incidents that they could not cover up and cover up incidents that they could. The school district is accused of failing to call 911 after the student was knocked unconscious, never punished the individuals responsible for the attack, never informed teachers concerning ongoing problems, and did not supervise the bathroom despite numerous incidents.

The school district is accused not only of failing this individual student but of failing to manage the situation in league with their own protocols. Meanwhile, an attorney for the defense accuses the plaintiffs of misrepresenting what really happened.

There is certainly a legal gray area when it comes to children committing crimes against other children, but battery on a student on school grounds inside of a bathroom is a crime. The question of whether a student could be held criminally accountable for this child’s death is a major question mark, however. There has only been one case of a defendant being held accountable for the suicide of another person. In that case, the defendant was accused of encouraging the suicide.

In another highly-publicized case, a student’s mother catfished another student on social media with a fake boyfriend account. The student took her own life after the deception was revealed. The mother was not charged with a crime.

A completely different subject is civil liability. The parents of the child could sue the bully, their parents, and the school district as well for allowing the bullying to take place and making the child’s school an unsafe place for him to be. The school district should be held liable to prevent future indifference towards bullied children.

If you’ve lost a loved one due to the negligence or malice of another individual, call the Jacksonville personal injury attorneys at Gillette Law today to schedule a free consultation and discuss your situation in more detail.